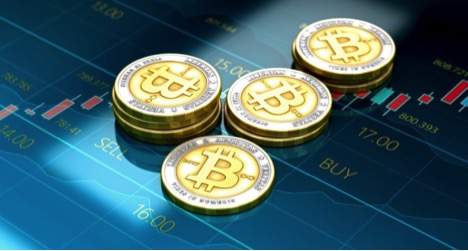 Cryptocurrency has not only risen in value but notoriety. The value of bitcoin, for example, increased by 400% in 2017, in part as a result of an increased acceptance of its worth as currency in the digital age and a growing number of retailers taking it as payment. Indeed, a symbolic milestone was achieved last year when the price of a single bitcoin became greater than the price of an ounce of gold. In early 2017, one bitcoin was worth less than $2,000 but in December 2017 that figure had temporarily jumped to $19,400 before dropping back to its current level of around $9,000.

The prevalence of cryptocurrency like bitcoin presents advantages to a number of online markets and has therefore witnessed a growing number of sites accept, and in some cases prioritise, bitcoin and other blockchain currencies over traditional forms of digital cash. While we’re seeing more and more retailers accept cryptocurrency as a form of payment for goods and services, the market is still behind the gambling sector in embracing bitcoin, making it and other cryptocurrencies the norm not the alternative.

The digital currency known as bitcoin was created in 2009 by a person or group going by the alias Satoshi Nakamoto. No middlemen intrude on transactions, thus removing conventional banks from the equation, and bitcoin, the leading cryptocurrency, has seen its reputation rise as a result of both its skyrocketing worth in 2017. It now is a widely accepted form of payment for goods and services.

This includes using bitcoin to buy Xbox games, movies and apps from Microsoft, hotel rooms from Expedia, and furniture via Overstock. You can pay for flights through CheapAir and Surf Air and even spend your bitcoin wallet’s contents on space travel via Virgin Galactic. Some musicians including Bjork and Imogen Heap will let you download their music in exchange for the cryptocurrency, while a number of legal and accounting firms have embraced bitcoin in return for their services.

Bitcoin, the first recognized decentralized form of digital money, is envisaged as a safe, secure online worldwide payment system for the connected age and is now used by millions of people all over the world. For some, it’s about making a profit on their investment by trading it and many enjoyed the boom it experienced last year. For others, bitcoin offers alternate incentives. Buying goods anonymously is one of them, as are the ease and reduced cost of international payments without ties to any particular country’s regulations.

For businesses trading on the international stage, bitcoin transactions could save thousands if not hundreds of thousands of dollars over the course of a year. For investors, the potential of bitcoin, as shown over the last 12 months when we saw prices climb more than 400% in 2017, represents robust gains.

Of course, acquiring bitcoin is still an obstacle for the uninitiated. You’ll have heard of mining no doubt. This is the process by which bitcoins are created and, basically, involves people using their computers to solve complex mathematical equations. Bitcoin mining acknowledges verification of transactions, adding them to the public ledger, known as the blockchain, and is also the means through which the creation of new bitcoins are established.

Mining rewards the participant with both the fees associated with the compiled transactions in the block in addition to the newly released bitcoin. The “block reward”, which is the value of the mined block, is halved every 210,000 blocks. This occurs approximately every four years. In 2009 it was 50, now you get 12.5 bitcoins as your block reward.

When the algorithm was created the person or group who developed it set a finite limit on the number of bitcoins. That number is 21 million. Currently, around four million are yet to be discovered. It sounds easy. And while computer novices can theoretically “mine” for bitcoins, dedicated hardware running 24/7 is needed. The quicker and easier way to acquire bitcoins is the purchase them on an exchange.

Many marketplaces exist allowing people to buy and sell bitcoins using a variety of currencies. Another way is to transfer bitcoins from person to person using mobile apps or computer software similar to sending digital cash.

Once you’ve acquired bitcoins you need a “digital wallet” to store them. This can either be cloud-based or on a user’s computer, providing the owner with the ability to send and receive, pay for goods and services or keep the bitcoins in much the same way as a bank’s savings account.

Charles Bovaird, a financial consultant and contributor to Forbes, said bitcoin’s recent success can be attributed to increased interest in cryptocurrencies. He cited cryptocurrency fund manager Jacob Eliosoff as saying “there is ‘no question’ that these digital assets are experiencing growing interest, especially on the part of finance professionals and funds”. Other trends are also positively impacting the cryptocurrency market such as greater recognition of bitcoin as a beneficial asset class, particularly in times of political flux.

Bitcoin’s media coverage is also assisting acceptance. It illustrates growing adoption of the cryptocurrency while spurring greater interest. This is further evidenced by the inflows that the broader digital asset space continues to attract. The total market cap of digital currencies in their entirety rose sharply in 2017, and it continues to grow in 2018. This is in part driven by the enthusiasm investors have shown for initial coin offerings (ICOs) as these innovative token sales raised nearly $2 billion last year. The rising number of ICOs has pushed many influential investors specifically to bitcoin, helping maintain its position as, by market cap, the largest cryptocurrency and the first to scale.

Segregated Witness, or SegWit, as it is better known, has also factored into bitcoin’s rising value. SegWit increased transaction capacity which was becoming a concern as a result of increased bitcoin acceptance. SegWit allows bitcoin’s blocks to retain more transactions thus reducing size and releasing pressure on the network. “In 2017 bitcoin overcame many obstacles in the minds of investors,” notes Arthur Hayes, co-founder and CEO of leveraged cryptocurrency trading platform BitMEX, who points to the advantages of SegWit’s activation. He adds, “Institutional capital is beginning to gravitate towards crypto through capital deployed by small hedge funds. And most importantly, the mainstream financial press [now] acknowledges that digital currencies are here to stay.”

A combination of market conditions in conjunction with the growing reputation of bitcoin and similar digital-era currencies has, understandably, made them a popular option for online casinos seeking ways to gain market share and overcome the constraints of international regulation. Not only beneficial for the house, players also gain from increased transparency and the knowledge that the platforms from which they choose to gamble are playing a fair game.

Indeed, the immutable records of cryptocurrency means permanent records of transactions that cannot be altered by any one person or group. Trust is one of the concerns of online gamblers thus, through the use of cryptocurrency’s decentralized blockchain, online casinos can reassure players that the outcome of a virtual game is impossible to ascertain in advance. This will be underpinned by the blockchain revealing timely, meaningful and reliable evidence of a company’s performance. Alongside payments being made from person to person with operator interference, further trust should be engendered between online casinos and their players.

Therefore, it is little wonder the bitcoin online casino market is thriving. There are a number of cryptocurrency-exclusive online casinos like VegasCasino, which offers bitcoin deposit bonuses for new players and hundreds of games to play. It, like many others, is benefiting from players encouraged by the cryptocurrency’s low fees, quick transactions, anonymity and security.

Calvin Ayre, who became a billionaire off the success of his online gambling ventures, said bitcoin will “at some point take over the world’s virtual casino industry.” The blockchain model’s introduction will be the root cause of the largest change in the global gambling market, drastically reducing the opportunity for illicit activity.

Ayre adds: “The new blockchain technology will be able to show every transaction that has taken place, and the players are able to clearly see and operate how the transactions go about, and anyone crazy enough to do something illegal will put themselves out there for the whole world to see.”

Frisco d’Anconia, writing in Coin Telegraph, says that “there are certain industries with which blockchain technology and cryptocurrencies have been able to connect on a deeper level, and gambling is one such industry.” He links cryptocurrency and its underlying technology, the blockchain, to making a positive impact on a number of markets, its disruptive qualities providing a solution to both society and economic challenges. For the gambling industry, and its own set of regulatory and logistical obstacles, he says “crypto came just in time to save the day”.

Indeed, online casinos in different parts of the world have sensed that bitcoin’s reliability in conjunction with its value proves this cryptocurrency to be a robust and independent unit of cash that can withstand political or economic flux. At the end of 2016, the internet-based casinos largely viewed bitcoin with understandable ambivalence. But it has gained credibility and stability alongside a growing reputation for safe, secure transactions. It has therefore become a favorable currency for high rollers and pro gamblers because of the ability to deposit and withdraw large amounts of cash quickly and anonymously without additional fees such as banking charges.

Malta, a pioneer in the gambling industry, has already explored ways to legalise bitcoin at online casinos. The Malta Gaming Authority (MGA), which supervises casino operations in the country, commissioned an in-depth technical study on how to positively regulate the use of cryptocurrencies in both the land-based and online casino environments. The Maltese government is not the only country recognizing the beneficial potential of blockchain technologies and digital currencies and the opportunities they present for the gaming sector. Indeed, cryptocurrencies like bitcoin are enabling online gambling to be more accessible, circumventing regulations that apply to traditional cash only.

For many, bitcoin’s independence is also an important factor in choosing to gamble with it at online casinos. Yet, by becoming more mainstream, regulation is likely to impact it in the future. This might be viewed with concern but many market analysts believe this will have a positive effect, particularly for internet-based casinos who will profit from a boost in player numbers. That will derive from a growing move away from traditional payment processes, like the use of credit cards, as companies lean towards the extra security offered by digital payments. Payment platforms like Trustly, for example, are already showcasing a wide range of payment services in a regulated environment.

“Should bitcoin and its contemporaries embrace this single payment model, offering wallets that are compliant with a wide range of regulations, it could simplify the process of acceptance, and make cryptocurrencies a more popular option for gaming,” says Joe Liebkind, writing in Investopedia. He adds that increased gaming regulation will actually drive more people towards cryptocurrency than away from it.

The Future of Online Casino Gaming

A recent study revealed that 75% of video gamers wish they could exchange virtual goods for cryptocurrency. The research, conducted by digital asset exchange WAX, asked 1,000 people in the US a series of questions about digital currencies like bitcoin and 55% said they had used them in the past. This suggests a crossover between the tech-savvy gamer community and bitcoin which has certainly encouraged online casino providers.

What happens in future will be decided by an array of contributing factors but increased regulation will likely make the biggest impact. This could increase acceptance of bitcoin and therefore positively affect internet gambling by increasing player confidence alongside the advantages of a decentralized payment system and blockchain technology’s inherent security.