Forty Seven Inc (NASDAQ:FTSV) Director Irving Weissman sold 20,000 shares of the business’s stock in a transaction dated Monday, December 9th. The shares were sold at an average price of $16.22, for a total transaction of $324,400.00. Following the completion of the transaction, the director now owns 1,196,400 shares in the company, valued at $19,405,608. The transaction was disclosed in a legal filing with the SEC, which is available through this hyperlink.

Forty Seven (NASDAQ:FTSV) last announced its quarterly earnings results on Tuesday, November 12th. The company reported ($0.38) earnings per share for the quarter, meeting analysts’ consensus estimates of ($0.38). The company had revenue of $15.68 million for the quarter, compared to analyst estimates of $15.80 million. Sell-side analysts anticipate that Forty Seven Inc will post -2.53 EPS for the current fiscal year.

Forty Seven Inc, a clinical-stage immuno-oncology company, focuses on developing therapies to activate macrophages for the treatment of cancer. It is developing 5F9, a humanized IgG4 subclass monoclonal antibody against CD47 that is in Phase 1b/2 clinical trials used for the treatment of cancer; FSI-189, an antibody that binds to SIRPa; and FSI-174, an anti-cKIT antibody. 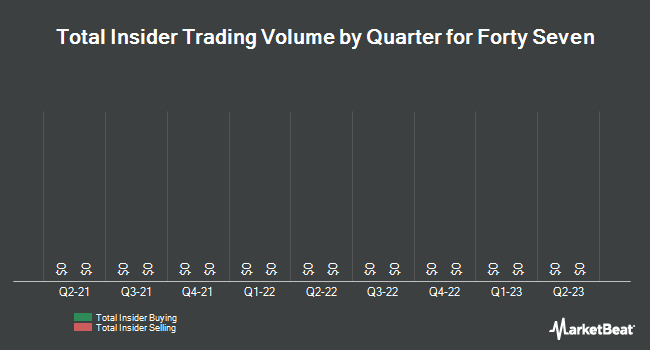