Stitch Fix Inc (NASDAQ:SFIX) insider Scott Darling sold 4,000 shares of Stitch Fix stock in a transaction on Monday, December 9th. The shares were sold at an average price of $25.00, for a total transaction of $100,000.00. Following the completion of the sale, the insider now directly owns 63,157 shares of the company’s stock, valued at approximately $1,578,925. The transaction was disclosed in a document filed with the SEC, which is available at the SEC website.

Stitch Fix (NASDAQ:SFIX) last issued its quarterly earnings results on Tuesday, October 1st. The company reported $0.07 earnings per share (EPS) for the quarter, topping the Zacks’ consensus estimate of $0.04 by $0.03. Stitch Fix had a return on equity of 6.79% and a net margin of 1.57%. The firm had revenue of $432.10 million during the quarter, compared to analyst estimates of $432.44 million. During the same period last year, the company earned $0.18 EPS. Stitch Fix’s quarterly revenue was up 35.8% compared to the same quarter last year. As a group, research analysts predict that Stitch Fix Inc will post 0.07 EPS for the current fiscal year.

Stitch Fix, Inc sells a range of apparel, shoes, and accessories through its Website and mobile app in the United States. It offers denim, dresses, blouses, skirts, shoes, jewelry, and handbags for men, women, and kids under the Stitch Fix brand. The company was formerly known as rack habit inc. and changed its name to Stitch Fix, Inc in October 2011.

Further Reading: What does a market perform rating mean? 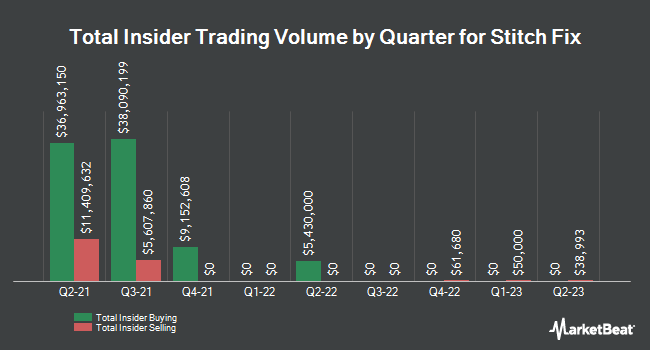