HighPoint Resources (NYSE:HPR) last posted its earnings results on Monday, November 4th. The company reported ($0.03) earnings per share for the quarter, topping analysts’ consensus estimates of ($0.05) by $0.02. HighPoint Resources had a negative return on equity of 2.78% and a net margin of 29.34%. The business had revenue of $121.28 million for the quarter, compared to analyst estimates of $126.52 million. During the same period in the previous year, the firm earned $0.01 EPS. The firm’s revenue was down 7.5% compared to the same quarter last year.

HighPoint Resources Corporation, together with its subsidiaries, engages in the exploration, development, and production of oil, natural gas, and natural gas liquids in the United States. It primarily holds interests in the Denver Julesburg Basin in Colorado's eastern plains and parts of southeastern Wyoming.

See Also: What is a portfolio manager? 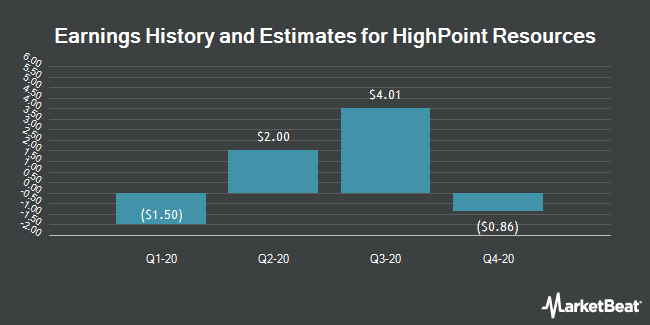