FirstEnergy (NYSE:FE) had its price objective reduced by investment analysts at Barclays from $54.00 to $42.00 in a research report issued to clients and investors on Thursday, BenzingaRatingsTable reports. The firm currently has an “overweight” rating on the utilities provider’s stock. Barclays‘s price objective points to a potential upside of 10.03% from the company’s previous close.

FirstEnergy (NYSE:FE) last announced its earnings results on Friday, February 7th. The utilities provider reported $0.55 EPS for the quarter, topping the Zacks’ consensus estimate of $0.48 by $0.07. The company had revenue of $2.67 billion for the quarter, compared to analysts’ expectations of $2.74 billion. FirstEnergy had a return on equity of 19.57% and a net margin of 8.26%. During the same period last year, the firm earned $0.50 EPS. On average, analysts predict that FirstEnergy will post 2.5 earnings per share for the current year. 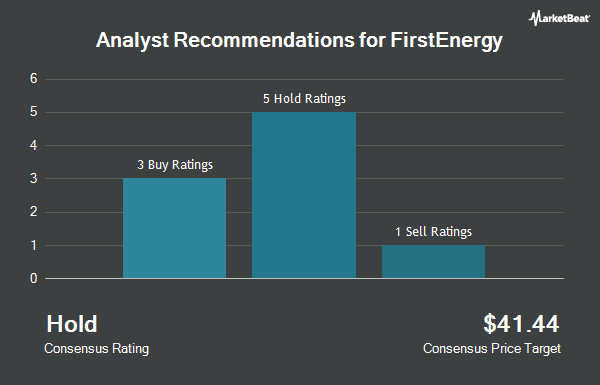