Ollie’s Bargain Outlet (NASDAQ:OLLI) had its target price boosted by equities research analysts at Royal Bank of Canada from $101.00 to $111.00 in a research report issued on Tuesday, BenzingaRatingsTable reports. The brokerage presently has an “outperform” rating on the stock. Royal Bank of Canada’s price objective would suggest a potential upside of 12.53% from the stock’s current price. 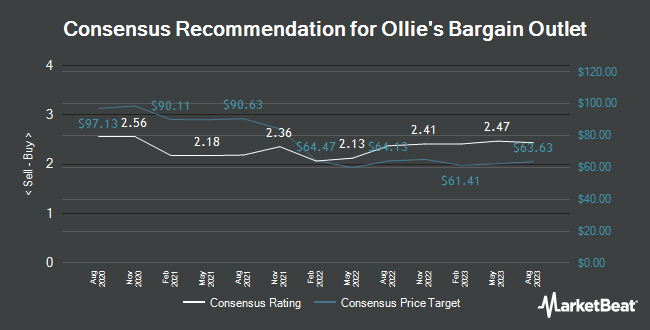