State of Tennessee Treasury Department lifted its position in shares of First Horizon National Corp (NYSE:FHN) by 21.5% in the 1st quarter, Holdings Channel reports. The institutional investor owned 359,582 shares of the financial services provider’s stock after purchasing an additional 63,626 shares during the quarter. State of Tennessee Treasury Department’s holdings in First Horizon National were worth $2,898,000 as of its most recent SEC filing.

The company also recently announced a quarterly dividend, which will be paid on Wednesday, July 1st. Stockholders of record on Friday, June 12th will be paid a dividend of $0.15 per share. The ex-dividend date of this dividend is Thursday, June 11th. This represents a $0.60 dividend on an annualized basis and a dividend yield of 6.27%. First Horizon National’s dividend payout ratio (DPR) is currently 36.14%.

In other news, Director Wendy P. Davidson bought 3,000 shares of the stock in a transaction dated Wednesday, April 29th. The shares were bought at an average price of $9.51 per share, for a total transaction of $28,530.00. Following the completion of the purchase, the director now owns 18,942 shares in the company, valued at $180,138.42. The acquisition was disclosed in a filing with the Securities & Exchange Commission, which can be accessed through this link. 2.00% of the stock is currently owned by company insiders.

Featured Story: What is Blockchain?

Want to see what other hedge funds are holding FHN? Visit HoldingsChannel.com to get the latest 13F filings and insider trades for First Horizon National Corp (NYSE:FHN). 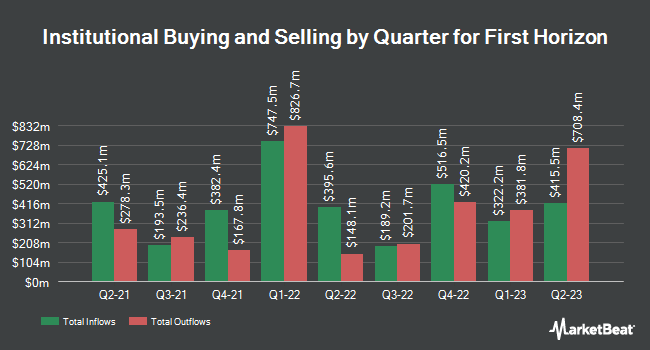