July 1st, 2020 - By Amy Steele - Comments Off on Anterix (NASDAQ:ATEX) Price Target Increased to $100.00 by Analysts at Craig Hallum
Filed Under: Analyst Articles - US - Finance

Anterix (NASDAQ:ATEX) had its price objective lifted by equities researchers at Craig Hallum from $80.00 to $100.00 in a research note issued to investors on Monday, The Fly reports. The firm currently has a “buy” rating on the stock. Craig Hallum’s price objective points to a potential upside of 120.56% from the company’s previous close.

Anterix (NASDAQ:ATEX) last posted its quarterly earnings results on Thursday, May 28th. The company reported ($0.68) earnings per share (EPS) for the quarter, missing analysts’ consensus estimates of ($0.52) by ($0.16). Anterix had a negative return on equity of 16.06% and a negative net margin of 2,406.52%. Equities analysts anticipate that Anterix will post -2.16 earnings per share for the current year.

Anterix Inc operates as a wireless communications company. The company focuses on enabling private broadband connectivity for critical infrastructure and enterprise businesses. It holds licensed spectrum in the 900 MHz band with nationwide coverage throughout the United States, Hawaii, Alaska, and Puerto Rico.

Further Reading: What causes a yield curve to invert? 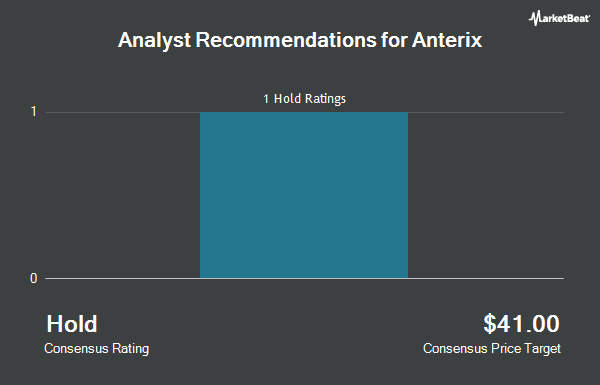 Receive News & Ratings for Anterix Daily - Enter your email address below to receive a concise daily summary of the latest news and analysts' ratings for Anterix and related companies with MarketBeat.com's FREE daily email newsletter.