Restaurant Group (LON:RTN) had its target price lowered by investment analysts at Citigroup from GBX 100 ($1.23) to GBX 75 ($0.92) in a report released on Monday, MarketBeat reports. The brokerage presently has a “buy” rating on the stock. Citigroup‘s price target points to a potential upside of 33.10% from the company’s current price.

Featured Story: How Do You Calculate Return on Investment (ROI)? 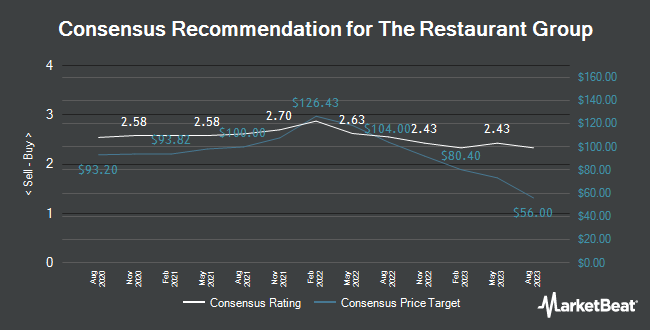