UBS Group AG decreased its holdings in shares of United Insurance Holdings Corp (NASDAQ:UIHC) by 34.2% during the second quarter, according to its most recent Form 13F filing with the Securities and Exchange Commission. The institutional investor owned 9,663 shares of the insurance provider’s stock after selling 5,021 shares during the quarter. UBS Group AG’s holdings in United Insurance were worth $75,000 as of its most recent filing with the Securities and Exchange Commission.

United Insurance (NASDAQ:UIHC) last posted its quarterly earnings data on Wednesday, August 5th. The insurance provider reported $0.20 earnings per share for the quarter, topping the consensus estimate of ($0.05) by $0.25. United Insurance had a negative return on equity of 5.01% and a negative net margin of 3.07%. The business had revenue of $195.79 million during the quarter, compared to analysts’ expectations of $203.35 million. As a group, sell-side analysts predict that United Insurance Holdings Corp will post 0.4 earnings per share for the current fiscal year.

The company also recently declared a quarterly dividend, which was paid on Tuesday, August 18th. Shareholders of record on Tuesday, August 11th were issued a $0.06 dividend. The ex-dividend date was Monday, August 10th. This represents a $0.24 annualized dividend and a yield of 3.10%. United Insurance’s dividend payout ratio (DPR) is -22.22%.

See Also: What are different types of coverage ratios? 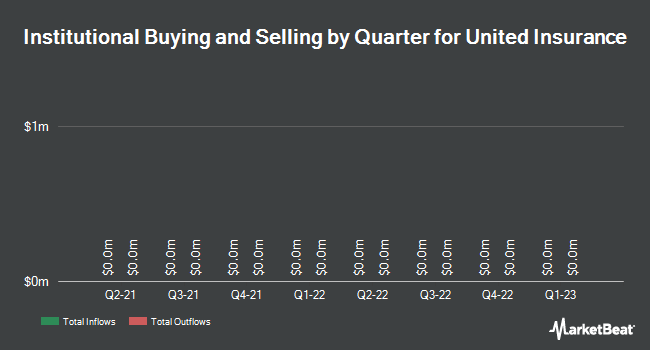