Altshuler Shaham Ltd purchased a new stake in shares of Mitek Systems, Inc. (NASDAQ:MITK) in the 3rd quarter, according to its most recent filing with the Securities and Exchange Commission. The fund purchased 3,862 shares of the software maker’s stock, valued at approximately $49,000.

Mitek Systems (NASDAQ:MITK) last announced its quarterly earnings data on Thursday, November 5th. The software maker reported $0.26 earnings per share for the quarter, beating the Thomson Reuters’ consensus estimate of $0.14 by $0.12. The firm had revenue of $30.64 million during the quarter, compared to analysts’ expectations of $26.86 million. Mitek Systems had a return on equity of 15.32% and a net margin of 6.37%. The company’s quarterly revenue was up 22.5% compared to the same quarter last year. During the same period in the previous year, the firm earned $0.21 EPS. As a group, equities research analysts expect that Mitek Systems, Inc. will post 0.46 earnings per share for the current fiscal year.

Recommended Story: How is an ETF different from a mutual fund? 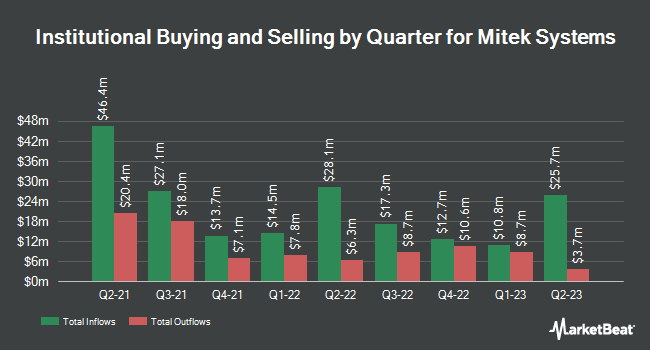