Allegiance Bancshares, Inc. (NASDAQ:ABTX) Director Roland L. Williams sold 2,000 shares of the company’s stock in a transaction dated Tuesday, January 12th. The shares were sold at an average price of $36.82, for a total value of $73,640.00. Following the completion of the sale, the director now directly owns 104,519 shares of the company’s stock, valued at $3,848,389.58. The sale was disclosed in a filing with the SEC, which is available through this hyperlink.

The company also recently declared a quarterly dividend, which was paid on Tuesday, December 15th. Shareholders of record on Monday, November 30th were given a dividend of $0.10 per share. This represents a $0.40 dividend on an annualized basis and a yield of 1.11%. The ex-dividend date of this dividend was Friday, November 27th. Allegiance Bancshares’s dividend payout ratio (DPR) is currently 15.56%.

Allegiance Bancshares, Inc operates as the bank holding company for Allegiance Bank that provides a range of commercial banking services primarily to small and medium-sized businesses, professionals, and individual customers. It accepts deposit products, including checking accounts, commercial accounts, and savings accounts, as well as other time deposits comprising money market accounts and certificates of deposit. 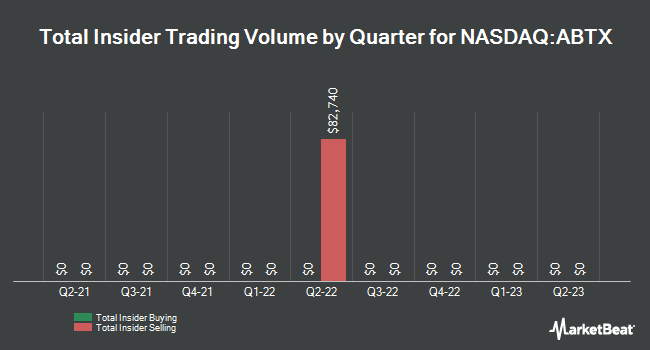