Inovalon Holdings, Inc. (NASDAQ:INOV) has received an average rating of “Hold” from the ten brokerages that are presently covering the stock, Marketbeat Ratings reports. One research analyst has rated the stock with a sell rating, four have given a hold rating and four have given a buy rating to the company. The average 12 month price target among brokerages that have issued ratings on the stock in the last year is $26.13.

Inovalon (NASDAQ:INOV) last announced its quarterly earnings results on Wednesday, February 3rd. The technology company reported $0.21 earnings per share for the quarter, beating analysts’ consensus estimates of $0.16 by $0.05. The business had revenue of $189.40 million during the quarter, compared to analysts’ expectations of $187.44 million. Inovalon had a net margin of 0.87% and a return on equity of 9.07%. The business’s revenue for the quarter was up 9.2% on a year-over-year basis. During the same period last year, the business earned $0.15 earnings per share. Sell-side analysts forecast that Inovalon will post 0.45 EPS for the current year.

Inovalon Holdings, Inc provides cloud-based platforms for data-driven healthcare. It operates Inovalon ONE Platform, an integrated, real-time cloud native platform that interconnect with the healthcare ecosystem to aggregate and analyze data in real-time, as well as empowers the application in resulting insights. 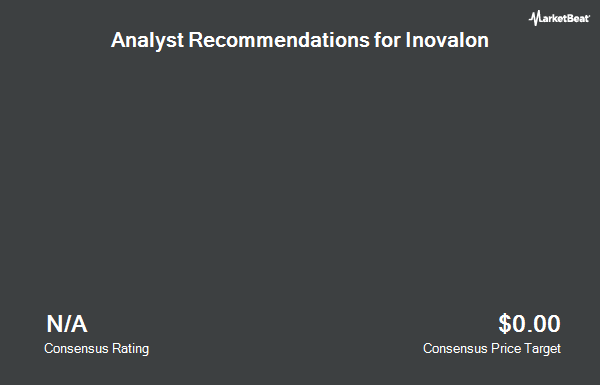 Receive News & Ratings for Inovalon Daily - Enter your email address below to receive a concise daily summary of the latest news and analysts' ratings for Inovalon and related companies with MarketBeat.com's FREE daily email newsletter.