April 8th, 2021 - By Amy Steele - Comments Off on The RMR Group (NASDAQ:RMR) Lowered to “Hold” at Zacks Investment Research
Filed Under: Analyst Articles - US - Finance

Zacks Investment Research cut shares of The RMR Group (NASDAQ:RMR) from a buy rating to a hold rating in a research report released on Wednesday morning, Zacks.com reports.

The RMR Group (NASDAQ:RMR) last announced its quarterly earnings data on Sunday, January 31st. The financial services provider reported $0.54 EPS for the quarter, beating the Zacks’ consensus estimate of $0.38 by $0.16. The firm had revenue of $156.95 million for the quarter, compared to analyst estimates of $148.20 million. The RMR Group had a return on equity of 5.47% and a net margin of 4.88%. As a group, sell-side analysts anticipate that The RMR Group will post 1.64 EPS for the current fiscal year.

The company also recently announced a quarterly dividend, which was paid on Thursday, February 18th. Shareholders of record on Monday, January 25th were paid a $0.38 dividend. This represents a $1.52 annualized dividend and a yield of 3.74%. The ex-dividend date was Friday, January 22nd. The RMR Group’s payout ratio is presently 85.88%.

About The RMR Group

The RMR Group Inc, through its subsidiary, The RMR Group LLC, provides business and property management services in the United States. It provides management services to its four publicly traded real estate investment trusts (REITs) and three real estate operating companies. As of September 30, 2020, it had approximately 2,100 properties in 47 states under management, which are primarily owned by the Managed Equity REITs. 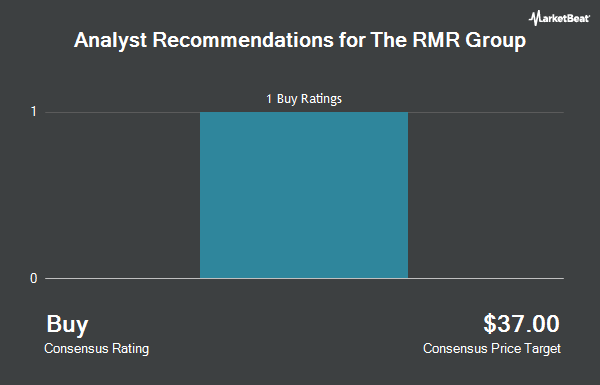