Analysts expect that Fulgent Genetics, Inc. (NASDAQ:FLGT) will post earnings of $5.99 per share for the current fiscal quarter, according to Zacks. Two analysts have provided estimates for Fulgent Genetics’ earnings. Fulgent Genetics reported earnings of ($0.03) per share during the same quarter last year, which would suggest a positive year-over-year growth rate of 20,066.7%. The firm is scheduled to issue its next quarterly earnings report on Monday, May 3rd.

Fulgent Genetics (NASDAQ:FLGT) last posted its quarterly earnings results on Wednesday, March 3rd. The company reported $6.20 earnings per share for the quarter, beating the Zacks’ consensus estimate of $4.36 by $1.84. The company had revenue of $294.98 million for the quarter, compared to the consensus estimate of $199.38 million. Fulgent Genetics had a return on equity of 43.81% and a net margin of 35.31%. The business’s revenue for the quarter was up 3417.1% on a year-over-year basis. 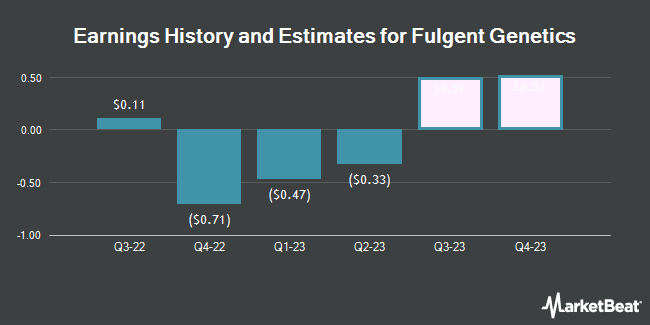