May 4th, 2021 - By Amy Steele - Comments Off on Green Plains (NASDAQ:GPRE) Price Target Raised to $39.00 at Craig Hallum
Filed Under: Analyst Articles - US - Finance

Green Plains (NASDAQ:GPRE) had its target price raised by stock analysts at Craig Hallum from $34.00 to $39.00 in a research note issued on Tuesday, The Fly reports. Craig Hallum’s price target points to a potential upside of 28.59% from the company’s previous close.

Green Plains (NASDAQ:GPRE) last released its earnings results on Sunday, May 2nd. The specialty chemicals company reported ($0.57) EPS for the quarter, missing analysts’ consensus estimates of ($0.43) by ($0.14). Green Plains had a negative return on equity of 4.79% and a negative net margin of 4.51%. The company had revenue of $553.60 million during the quarter, compared to analysts’ expectations of $629.93 million. Green Plains’s quarterly revenue was down 12.5% compared to the same quarter last year. On average, analysts anticipate that Green Plains will post -1.13 earnings per share for the current year.

Featured Article: What is a Lock-Up Period? 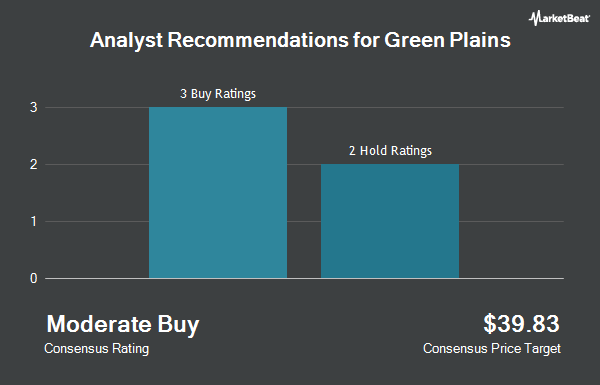