Ledyard National Bank lowered its holdings in shares of Discovery, Inc. (NASDAQ:DISCK) by 93.0% in the first quarter, according to the company in its most recent filing with the Securities and Exchange Commission (SEC). The firm owned 7,952 shares of the company’s stock after selling 106,136 shares during the period. Ledyard National Bank’s holdings in Discovery were worth $293,000 as of its most recent SEC filing.

Discovery (NASDAQ:DISCK) last announced its earnings results on Sunday, February 21st. The company reported $0.76 earnings per share for the quarter, beating the Zacks’ consensus estimate of $0.72 by $0.04. Discovery had a return on equity of 20.76% and a net margin of 13.36%. The company had revenue of $2.89 billion during the quarter. During the same quarter last year, the business posted $0.98 earnings per share.

Want to see what other hedge funds are holding DISCK? Visit HoldingsChannel.com to get the latest 13F filings and insider trades for Discovery, Inc. (NASDAQ:DISCK). 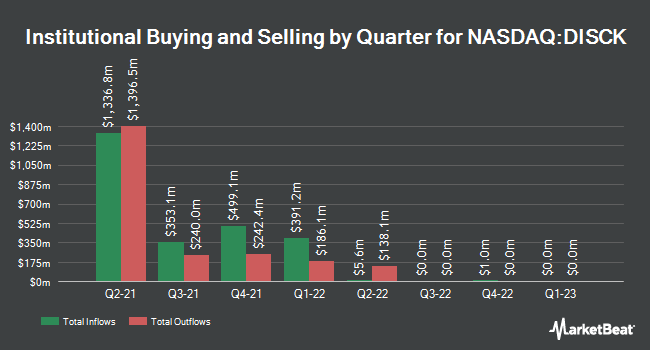