Livent (NYSE:LTHM) released its quarterly earnings data on Sunday. The company reported $0.02 EPS for the quarter, topping the Thomson Reuters’ consensus estimate of $0.01 by $0.01, MarketWatch Earnings reports. The company had revenue of $91.70 million during the quarter, compared to the consensus estimate of $79.78 million. Livent had a negative net margin of 4.96% and a positive return on equity of 0.59%. Livent’s revenue for the quarter was up 33.9% on a year-over-year basis. During the same period last year, the firm earned $0.02 EPS.

Livent Corporation manufactures and sells performance lithium compounds primarily used in lithium-based batteries, specialty polymers, and chemical synthesis applications in North America, Latin America, Europe, the Middle East, Africa, and the Asia Pacific. The company offers lithium compounds for use in applications that have specific performance requirements, including battery-grade lithium hydroxide for use in high performance lithium-ion batteries; and butyllithium, which is used in the production of polymers and pharmaceutical products, as well as a range of specialty lithium compounds, including high purity lithium metal, which is used in the production of lightweight materials for aerospace applications and non-rechargeable batteries. 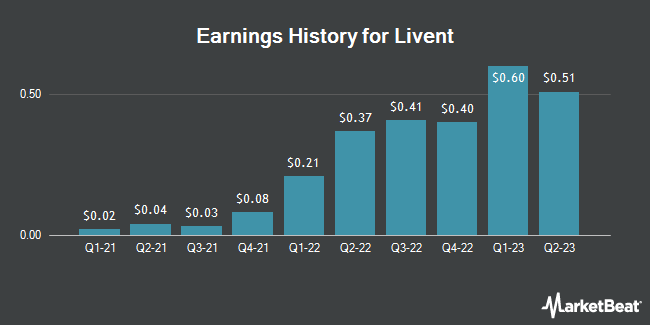 Receive News & Ratings for Livent Daily - Enter your email address below to receive a concise daily summary of the latest news and analysts' ratings for Livent and related companies with MarketBeat.com's FREE daily email newsletter.