Equities research analysts expect Bentley Systems, Incorporated (NASDAQ:BSY) to announce sales of $211.82 million for the current quarter, Zacks Investment Research reports. Three analysts have provided estimates for Bentley Systems’ earnings. The highest sales estimate is $213.60 million and the lowest is $209.27 million. The business is scheduled to announce its next quarterly earnings report before the market opens on Tuesday, August 10th.

According to Zacks, analysts expect that Bentley Systems will report full year sales of $906.03 million for the current financial year, with estimates ranging from $901.90 million to $912.30 million. For the next fiscal year, analysts forecast that the company will report sales of $986.26 million, with estimates ranging from $969.20 million to $1.00 billion. Zacks’ sales calculations are a mean average based on a survey of sell-side research firms that that provide coverage for Bentley Systems.

The company also recently disclosed a quarterly dividend, which was paid on Tuesday, June 15th. Investors of record on Tuesday, June 8th were given a $0.03 dividend. This represents a $0.12 dividend on an annualized basis and a dividend yield of 0.20%. The ex-dividend date of this dividend was Monday, June 7th. Bentley Systems’s dividend payout ratio is currently 21.43%.

Featured Story: How the Consumer Price Index (CPI) is calculated? 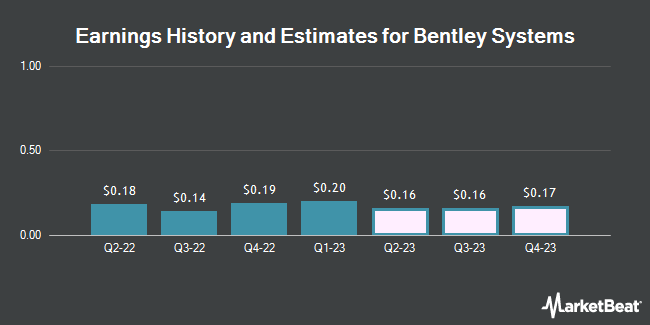 Complete the form below to receive the latest headlines and analysts' recommendations for Bentley Systems with our free daily email newsletter: