Baytex Energy (TSE:BTE) (NYSE:BTE) had its price objective lifted by research analysts at Scotiabank from C$2.75 to C$3.75 in a research report issued to clients and investors on Thursday, BayStreet.CA reports. Scotiabank’s target price suggests a potential downside of 1.83% from the company’s previous close. 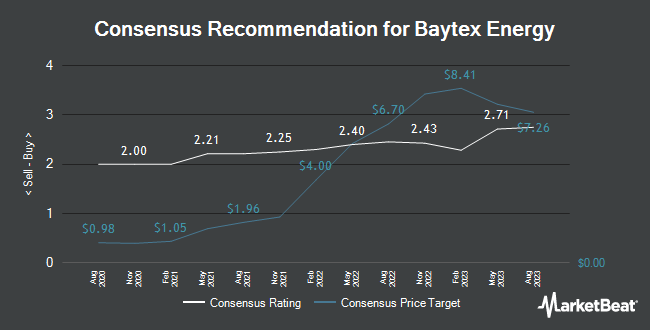 Complete the form below to receive the latest headlines and analysts' recommendations for Baytex Energy with our free daily email newsletter: