Brown Brothers Harriman & Co. grew its stake in Vanguard Large-Cap ETF (NYSEARCA:VV) by 145.7% in the second quarter, according to the company in its most recent Form 13F filing with the Securities & Exchange Commission. The institutional investor owned 5,320 shares of the company’s stock after buying an additional 3,155 shares during the quarter. Brown Brothers Harriman & Co.’s holdings in Vanguard Large-Cap ETF were worth $1,068,000 as of its most recent SEC filing.

Vanguard Large-Cap Index Fund (the Fund) seeks to track the performance of a benchmark index that measures the investment return of large-capitalization stocks. The Fund employs a passive management investment approach designed to track the performance of the MSCI US Prime Market 750 Index, a diversified index predominantly made up of stocks of large United States companies. 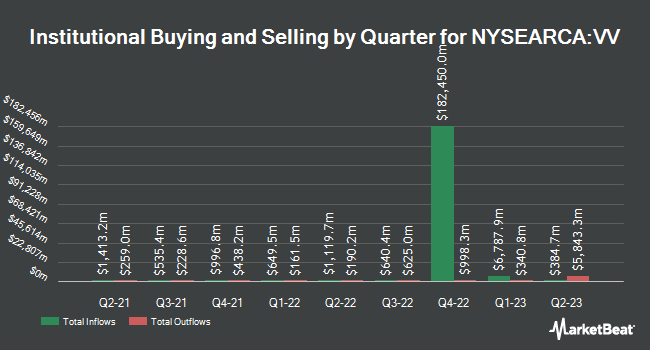 Complete the form below to receive the latest headlines and analysts' recommendations for Vanguard Large-Cap ETF with our free daily email newsletter: