New York State Common Retirement Fund lowered its position in shares of NovaGold Resources Inc. (NYSEAMERICAN:NG) (TSE:NG) by 14.1% in the 3rd quarter, according to the company in its most recent Form 13F filing with the Securities & Exchange Commission. The fund owned 170,451 shares of the mining company’s stock after selling 27,907 shares during the period. New York State Common Retirement Fund owned about 0.05% of NovaGold Resources worth $1,173,000 at the end of the most recent reporting period.

Separately, Zacks Investment Research raised NovaGold Resources from a “sell” rating to a “hold” rating in a research note on Friday, December 3rd.

Want to see what other hedge funds are holding NG? Visit HoldingsChannel.com to get the latest 13F filings and insider trades for NovaGold Resources Inc. (NYSEAMERICAN:NG) (TSE:NG). 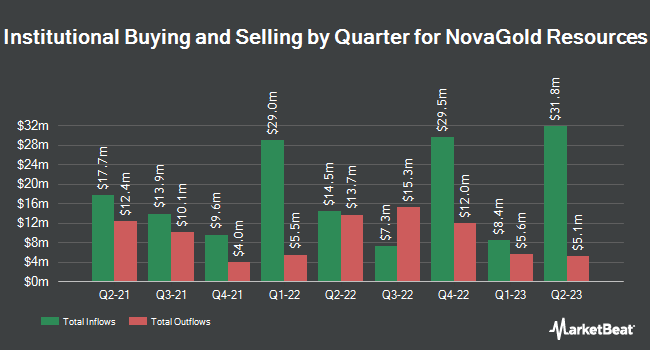 Complete the form below to receive the latest headlines and analysts' recommendations for NovaGold Resources with our free daily email newsletter: