ACI Worldwide (NASDAQ:ACIW – Get Rating) released its quarterly earnings results on Thursday. The technology company reported $0.12 EPS for the quarter, meeting analysts’ consensus estimates of $0.12, Fidelity Earnings reports. ACI Worldwide had a net margin of 10.51% and a return on equity of 17.24%. The firm had revenue of $340.40 million during the quarter, compared to analyst estimates of $330.22 million. During the same period in the previous year, the business earned $0.23 EPS. The business’s revenue for the quarter was up 12.8% on a year-over-year basis. ACI Worldwide updated its FY 2022 guidance to EPS and its Q3 2022 guidance to EPS. 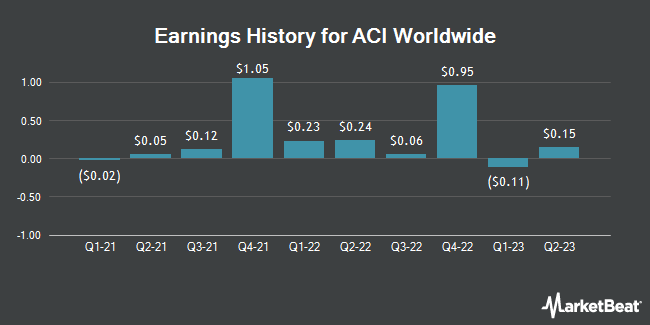 ProximaX Trading Down 7.1% Over Last 7 Days

Reef Trading Up 5.4% Over Last Week