Alpha and Omega Semiconductor Limited (NASDAQ:AOSL – Get Rating) EVP Bing Xue sold 875 shares of the firm’s stock in a transaction on Thursday, September 22nd. The stock was sold at an average price of $33.68, for a total value of $29,470.00. Following the completion of the transaction, the executive vice president now owns 57,739 shares of the company’s stock, valued at approximately $1,944,649.52. The sale was disclosed in a document filed with the SEC, which is available through this hyperlink.

About Alpha and Omega Semiconductor 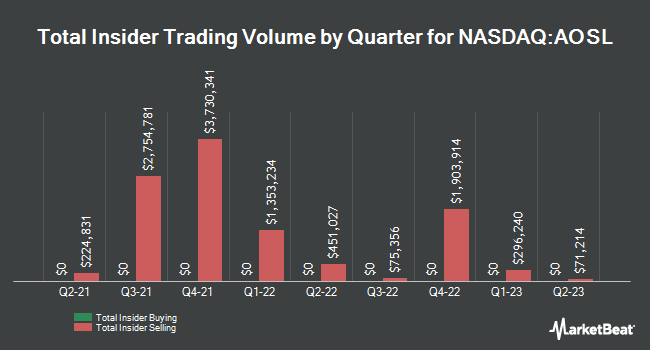 CBET Token Price Down 9.4% This Week

Complete the form below to receive the latest headlines and analysts' recommendations for Alpha and Omega Semiconductor with our free daily email newsletter: