OptiNose, Inc. (NASDAQ:OPTN – Get Rating) CEO Peter K. Miller sold 48,225 shares of the firm’s stock in a transaction dated Friday, September 16th. The shares were sold at an average price of $3.55, for a total value of $171,198.75. Following the completion of the transaction, the chief executive officer now owns 892,677 shares in the company, valued at approximately $3,169,003.35. The transaction was disclosed in a document filed with the Securities & Exchange Commission, which can be accessed through this hyperlink.

OptiNose (NASDAQ:OPTN – Get Rating) last released its earnings results on Thursday, August 11th. The company reported ($0.23) earnings per share for the quarter, missing the consensus estimate of ($0.22) by ($0.01). The business had revenue of $20.58 million during the quarter, compared to analysts’ expectations of $22.30 million. Sell-side analysts predict that OptiNose, Inc. will post -0.82 earnings per share for the current year.

Hedge Funds Weigh In On OptiNose

OptiNose, Inc, a specialty pharmaceutical company, focuses on the development and commercialization of products for patients treated by ear, nose, throat, and allergy specialists in the United States. The company offers XHANCE, a therapeutic product utilizing its proprietary exhalation delivery system (EDS) that delivers a topically-acting corticosteroid for the treatment of chronic rhinosinusitis with nasal polyps, as well as is in Phase IIIb clinical trial for treatment of chronic sinusitis; and Onzetra Xsail, a powder EDS device. 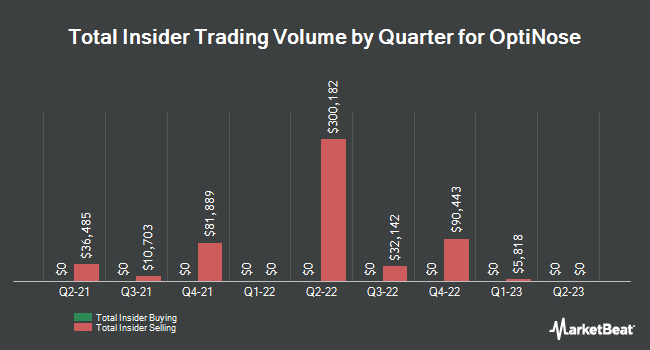 Receive News & Ratings for OptiNose Daily - Enter your email address below to receive a concise daily summary of the latest news and analysts' ratings for OptiNose and related companies with MarketBeat.com's FREE daily email newsletter.

Complete the form below to receive the latest headlines and analysts' recommendations for OptiNose with our free daily email newsletter: