BZ has been the subject of several research analyst reports. Barclays lowered their price objective on shares of Kanzhun from $21.00 to $15.00 and set an “equal weight” rating for the company in a report on Friday, October 28th. The Goldman Sachs Group raised shares of Kanzhun from a “neutral” rating to a “buy” rating and reduced their price target for the company from $27.50 to $23.00 in a research report on Monday, November 14th.

Kanzhun (NASDAQ:BZ – Get Rating) last released its earnings results on Tuesday, November 29th. The company reported $0.07 earnings per share for the quarter, beating analysts’ consensus estimates of $0.04 by $0.03. Kanzhun had a net margin of 11.79% and a return on equity of 4.73%. The company had revenue of $165.68 million for the quarter, compared to analysts’ expectations of $165.98 million. As a group, research analysts anticipate that Kanzhun Limited will post 0.04 EPS for the current year. 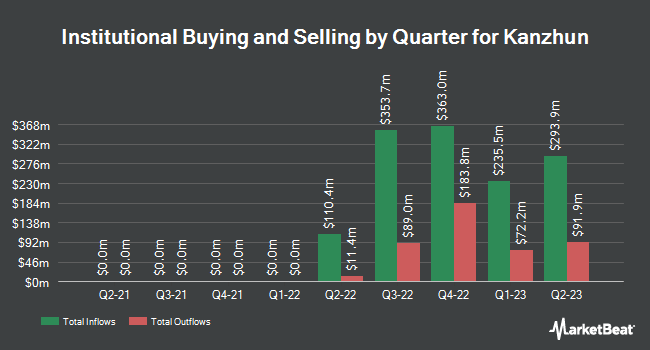 Receive News & Ratings for Kanzhun Daily - Enter your email address below to receive a concise daily summary of the latest news and analysts' ratings for Kanzhun and related companies with MarketBeat.com's FREE daily email newsletter.

Pearson plc Given Consensus Recommendation of “Hold” by Brokerages

Complete the form below to receive the latest headlines and analysts' recommendations for Kanzhun with our free daily email newsletter: