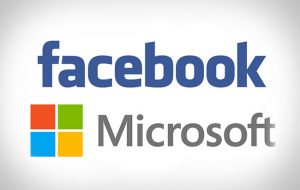 It looks like Microsoft and Facebook are teaming up to build a new, state-of-the-art cable to stretch across—or through—the Atlantic ocean. The “Marea” cable is aimd to help meet the increased demand for reliable, high-speed connections for both standard online and cloud services used by Microsoft, Facebook, and their growing customer bases.

“As the world is increasingly moving toward a future based on cloud computing, Microsoft continues to invest in our cloud infrastructure to meet current and future growing global demand for our more than 200 cloud services, including Bing, Office 365, Skype, Xbox Live and the Microsoft Azure platform,” explains Christian Belady, who is the General Manager of Datacenter Strategy, Planning & Development for the Microsoft Corp. He goes on to say, “The MAREA transatlantic cable we’re building with Facebook and Telxius will provide new, low-latency connectivity that will help meet the increasing demand for higher-speed capacity across the Atlantic. By building the cable along this new southern route, we will also increase the resiliency of our global network, helping ensure even greater reliability for our customers.”

Both parties appear to have agreed to go Contract-In-Force, to begin construction of the cable in August of this year. They expect to complete the project by October of 2017. And when it is completed, the new 6,600 km submarine cable system will be operated and managed by Telefonica’s new telecommunication infrastructure, Telxius. The eight fiber paired high-capacity subsea cable will provide an estimated design capacity of 160Tbps, connecting the United States with Southern Europe and network to Africa, the Middle East, and Asia as well.

The network will start with the hubs connecting Northern Virginia with Bilbao, Spain and expand other network hubs across the other continents too.

In addition, Facebook Vice President of Network Engineering, Najam Ahmad notes, “Facebook wants to make it possible for people to have deep connections and shared experiences with the people who matter to them most — anywhere in the world, and at any time. We’re always evaluating new technologies and systems in order to provide the best connectivity possible. By creating a vendor-agnostic design with Microsoft and Telxius, we can choose the hardware and software that best serves the system and ultimately increase the pace of innovation. We want to do more of these projects in this manner — allowing us to move fast with more collaboration. We think this is how most subsea cable systems will be built in the future.”