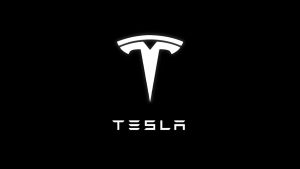 The first fatality occurring in a semi-automated car was reported this summer. At the end of June, Tesla Motors Inc. (NASDAQ:TSLA) revealed in a blog post that the National Highway Traffic Safety Administration had begun an investigation into the company’s Autopilot system following a fatal crash in Florida on May 7. In that incident, Ohio technology company owner Joshua Brown died in a Tesla Model S while the car’s semi-automated Autopilot system was engaged. Another pair of Tesla crashes were reported shortly thereafter. A Model X SUV rolled over on the Pennsylvania Turnpike on July 1, and another Model X crash took place on July 10.

The crashes have raised concerns about the vehicles’ abilities to see and drive themselves safely. The death highlighted the limitations of current automated driving systems. The company subsequently disclosed that its system would have had difficulty distinguishing a white semi-trailer against a bright sky, a factor in the Florida crash.

Safety regulators believe that self-driving cars could slash traffic fatalities by up to 90 percent. However, there are concerns that drivers could be lulled into unsafe behavior by systems that allow them to turn the autopilot capabilities on and off at whim. Now, some are saying that the way to increase safety is to use a variety of technologies with overlapping capabilities. Radar, cameras and lidar are all tools considered essential to building vehicles that can pilot themselves. Tesla’s Autopilot system uses cameras and radar, but not lidar.

Regulation and litigation are two big wild cards for the autonomous driving sector. The National Highway Traffic Safety Administration is expected to roll out broad guidelines for deploying autonomous vehicle technology this summer

Carmakers have been using multiple sensors in prototypes that are in testing but not yet ready for market. Semi-automated systems such as General Motors’ SuperCruise and Volkswagen AG’s Audi Traffic Jam Pilot are due on the market in 2017-2018. Toyota Motor Corp said it aims to put fully driverless cars on the road in time for the 2020 Tokyo Olympics. More than 50 self-driving startups have collectively raised more than $800 million in investment capital over the past decade.

According to Goldman Sachs, the market for advanced driver assistance systems and autonomous vehicles will increase from about $3 billion last year to $96 billion in 2025 and $290 billion in 2035. A survey conducted last month by AlixPartners found that 90 percent of respondents would be interested in a self-driving car that let the driver take the wheel from time to time. Roughly 80 percent of respondents said that they would pay for the technology and 10 percent said they would spend up to $5,000 on it.