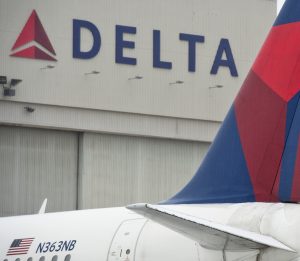 Delta Air Lines (NYSE:DAL) has introduced the new all-suite Delta One business class for long-haul flights. The suites will not be an additional category on top of Delta One business class, but a replacement for it entirely for some long-haul flights. Customers won’t have to pay any more to fly in the suites than they do for a typical Delta One ticket on the same route. Tim Mapes, Delta’s chief marketing officer, said, “This product is meant to be as close to a private jet experience as possible and is driven by our customers, who were telling us that they wanted more privacy.”

The Delta One suite will debut on Delta’s first Airbus A350 plane in September 2017. Delta will be the first U.S. airline to take delivery of the A350. Tickets for the new aircraft are to go on sale in November. The airline plans to introduce a second all-suite Delta One cabin in spring 2018 in its new Boeing 777 plane. The plan is to roll out additional all-suite cabins over the airline’s entire fleet of 25 Airbus A350 aircraft and 18 Boeing 777 aircraft over the next several years. All should be in service by the end of 2020.

Delta worked with Factorydesign, a London-based aviation design firm, to create the suite. The Delta One suite was designed with an emphasis on exceptional customer comfort and privacy. The initial all-suite Delta One cabin will have 32 fully flatbed seats with direct aisle access. The seats are wider than the average of 21 inches on existing Delta One classes. Each suite will have a door as high as the seat that slides shut.

The suites will also have two consoles, an 18-inch-high resolution entertainment monitor, and roomy stowage compartments. The suites also have premium trim and finishes to create a comfortable, residential feel. The company’s managing director, Peter Tennent, said, “Passengers will have several feet of personal space around them and won’t be banging their elbows against the walls.” Delta One service also includes chef-curated meals with wine pairings by Delta’s Master Sommelier Andrea Robinson, Westin Heavenly In-Flight Bedding, noise-canceling headsets, and TUMI amenity kits.

Private pods and airline seats with doors that slide shut to give passengers total privacy are a common feature on international first-class flights. Emirates and Singapore Airlines are two of the carriers that offer them. However, Delta is the first in the industry to offer an all-suite business class.

In 2016, Delta was named to Fortune’s top 50 Most Admired Companies as well as being ranked the most admired airline for the fifth time in six years. Delta also ranked No.1 in the Business Travel News Annual Airline survey for five consecutive years. The company employs more than 80,000 employees worldwide and operates more than 800 aircraft in its mainline fleet.

Headquartered in Atlanta, Delta and the Delta Connection carriers offer service to 337 destinations in 62 countries on six continents. Delta offers customers more than 15,000 daily flights. Delta serves nearly 180 million customers a year. According to the airline, around two million of those customers fly Delta One.