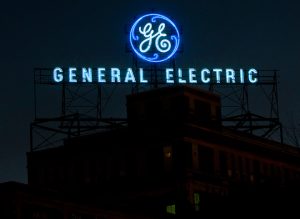 General Electric’s (NYSE:GE) bid to pay $7.4 billion in cash to combine its sector assets with Baker Hughes (NYSE:BHI) may be its biggest-ever deal in the oil and gas industry. GE will pay Baker Hughes a special dividend of $17.50 a share for a stake of 62.5 percent in the new company and contribute its GE Oil & Gas business to the joint venture. GE’s current stock price implies a $25 billion valuation for its oil and gas business.

The deal, struck by GE CEO Jeff Immelt, would give him an operation that will be larger than Halliburton by revenues and close to industry leader, Schlumberger. The deal would increase the scale of both businesses and yield $1.6 billion in operating synergies by 2020, according to a statement from GE. The new company will supply drilling equipment and services to many of the world’s largest oil and gas companies. The combined operations are expected to generate annual revenues of $32 billion.

The new company will be led by GE Oil & Gas CEO Lorenzo Simonelli and chaired by Immelt. Baker Hughes CEO Martin Craighead will serve as vice chairman. The board of the new company will have nine directors, five appointed by GE and four by Baker Hughes, and the remaining executive team will be a combination of existing leaders from both companies. Centerview Partners and Morgan Stanley are serving as financial advisors to GE, while Goldman Sachs is advising Baker Hughes. Shearman & Sterling is acting as legal advisor to GE, while Davis Polk is Baker Hughes legal advisor.

When oil prices were far higher just three years ago, GE’s oil and gas businesses was one of its fastest growing businesses. Then, a two-year downturn in oil prices caused many in the industry to freeze drilling developments and pull back on capital expenditures to conserve cash. Baker Hughes, the third largest supplier of oil equipment, has suffered a string of quarterly losses due to the downturn.

In recent years, GE has shed its financial services operations by spinning off Synchrony Financial and divesting its GE Capital business. The company has also sold $18 billion in real estate investments to Blackstone Group. These moves have released tens of billions of dollars in capital for GE to invest or return to shareholders. In recent years, the company has also acquired Dresser Industries, Lufkin Industries, Cameron International’s Reciprocal Compression business, and Wood Group’s support division, Wellstream.