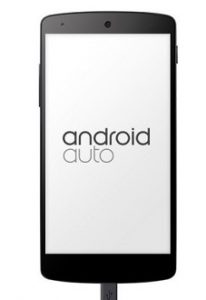 Android Auto is now available as an app for your phone after Google (NASDAQ:GOOGL) launched its most recent update to the program. You can now get all the benefits of Android Auto even if your car isn’t Android Auto compatible. The Android Auto app is compatible with any phone that runs Android 5.0 and newer.

Google first announced the update to Android Auto at its annual Google I/O developer conference in May 2016. A Google blog post announcing the new app says, “Whether your phone is connected to a compatible car display, or placed in a car mount on the dashboard, Android Auto brings your favorite apps and services into one place, making them accessible in safer and seamless ways.”

Android Auto, which launched two years ago, brings the functionality and feel of a smartphone to the vehicle’s central screen. Google’s in-car software platform is now in more than 200 new car models from 50 brands. Until now, the in-car software platform has been unavailable to anyone driving an older car or truck without an aftermarket dashboard display. Now, users can use the program even if they own an older model with outdated technology.

Android Auto has a simplified, relatively distraction-free interface that combines directions, music, and incoming messages. Once downloaded, Android Auto can either connect to the driver’s compatible car display or operate directly from the phone. Users have the ability to automatically start the app when the phone is paired with the car’s Bluetooth network.

Incoming texts are read aloud, and you can quickly reply with an “I’m driving” message. Android Auto also works with popular apps such as Spotify and Pandora. Drivers can also get turn-by-turn direction via Google Maps. However, access to attention-intensive apps like Gmail or Twitter are restricted through the feature.

The update will roll out to users in more than 30 countries over the course of the next few days. The release isn’t a finished solution. Google says that the app will also soon let you use “Ok Google” commands for directions, sending messages and controlling music. Apple offers a similar vehicle infotainment system called CarPlay, but has not announced plans to bring those features to the iPhone itself.