Facebook Under Fire For Fake News On News Feeds 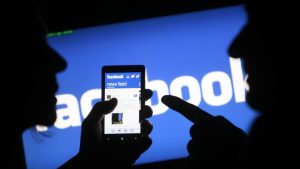 Facebook (NASDAQ:FB) is facing increasing criticism over allowing fake news stories to spread on the social-media site. President Barack Obama famously called Facebook a “dust cloud of nonsense” during the 2016 US presidential election cycle. Now, Facebook has officially vowed to do better when it comes to fake news on the platform.

A recent study by the Pew Research Center shows that nearly half of adult Americans rely on Facebook as a source of news. Reporters have found that the spread of false news is far more common from right leaning sites than left leaning ones. According to a report in BuzzFeed News, a bunch of people in a town in Macedonia created and ran over a hundred pro-Trump websites full of fake news during the election season. A fabricated story claiming Hillary Clinton would be indicted got more than 140,000 shares on Facebook.

Facebook CEO Mark Zuckerberg’s initial position was that fake news is such a small percentage of shares on Facebook that it couldn’t have had an impact on the election. A Facebook spokesperson said last week in a statement, “While Facebook played a part in this election, it was just one of many ways people received their information – and was one of the many ways people connected with their leaders, engaged in the political process and shared their views.”

Zuckerberg has come out twice to address the issue of fake news, first at the Techonomy 16 media conference and then on his own Facebook page. Facebook makes money by selling ad space inside its News Feed. The company said in a statement that it is not doing business with fake news apps and that company policy states that these outside parties are not allowed to use the ad network.

Four college students have created an algorithm that can reportedly determine real news from lies during a hackathon at Princeton University. Mark Craft and Catherine Craft, of the University of Illinois at Urbana-Champaign, partnered with Anant Goel of Purdue University and Nabanita De of UMass Amherst created a news feed authenticity checker in the form of Chrome browser extension.

The extension classifies every post as verified or non-verified using artificial intelligence and adds a symbol in the corner for its status. The students have released their extension as an open-source project. Facebook was one of the companies sponsoring the event.

There are also reports that a group of Facebook employees inside the company are taking on the issue. While the employees declined to provide many details on the group, its primary goal right now is coming up with a list of recommendations for Facebook’s senior management. Facebook gave users a tool to self-report fake stories on their feeds in a January 2015 update.