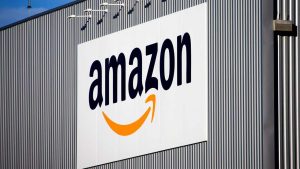 Amazon (NASDAQ:AMZN) has been awarded a patent for a logistics technology described as an “airborne fulfillment center (AFC).” Amazon originally filed for the patent in 2014. It was awarded in April, but wasn’t discovered until this week. Amazon hasn’t publicly commented on the patent and traditionally doesn’t comment on its patents for drone technologies.

Amazon has been working on drone technology for the last few years. Its Prime Air initiative aims to deliver products to customer homes without the use of outside logistics companies. Amazon successfully completed its first drone delivery in the U.K. earlier this month. The company has announced plans to expand its drone testing in 2017.

However, drones can only travel so far. Amazon would need a large number of warehouses around the world to accommodate customers in disparate areas. Rather than build fulfillment centers on the ground, Amazon is apparently looking to build them in the sky.

The AFC is capable of flying at altitudes of 45,000 feet or more. The airship would house items the company sells through its online marketplace. New items would be added to the AFC using a logistics shuttle that would carry products to and from the device. The replenishment shuttles could transport other items to the airship as well, such as fuel and workers.

The drones that Amazon is currently testing can’t fly as high as 45,000 feet. To solve this problem, Amazon says that the drones will be placed in a shuttle and flown to the AFC for use on deliveries. Drones would then fly around the airship, pick up the items needed for delivery, and deliver those items to the customer’s home. After making the delivery, it will be flown back to a ground installation to be placed on a subsequent shuttle.

According to the patent, the system would make deliveries more quickly and efficiently than drones flying from a ground-based fulfillment center. In its patent description, the company wrote, “The use of an AFC and shuttles also provides another benefit in that the AFC can remain airborne for extended periods of time. In addition, because the AFC is airborne, it is not limited to a fixed location like a traditional ground based materials handling facility.”

There are a number of issues Amazon would have to work out before such a delivery system becomes a possibility. For example, keeping an airship hovering in the same space for long periods of time could be a problem. Dealing with unfavorable weather would be another issue. The logistical challenge of having shuttles engaging regularly with the airships would also have to be solved.

It is important to remember that Amazon, like many other companies, files for patents on technologies it might never bring to the market. However, the presence of the patent means that Amazon may one day deliver products to folks around the globe from airships.