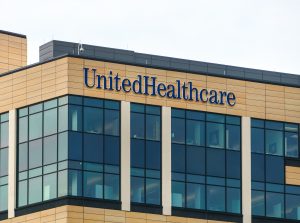 UnitedHealth Group (NYSE:UNH) has announced its intentions to acquire Surgical Care Affiliates (NASDAQ:SCAI), a chain of outpatient surgery centers. UnitedHealth agreed to pay about $2.3 billion for the purchase of Surgical Care Affiliates’ outstanding common stock, or roughly $57 a share. The company says it plans to fund between 51 percent and 80 percent of the deal with stock and fund the rest in cash.

Surgical Care Affiliates is based in Deerfield, Ill. and has about 8,000 employees nationwide. The company operates 205 surgical facilities, including specialized hospitals, in 30 states. In 2013, Surgical Care acquired Health Inventures, a national surgical and physician services company for undisclosed terms. In August, the company acquired a majority interest in Metropolitan Medical Partners for an undisclosed sum.

UnitedHealth says it plans to combine the surgery centers with its Optum unit, which provides medical care directly to patients through primary care practices and urgent care centers. Larry C. Renfro, vice chairman of UnitedHealth Group and the chief executive of Optum, said in a statement, “Combining SCA and OptumCare will enable us to continue the transition to high-quality, high-value ambulatory surgical care, partnering with the full range of health systems, medical groups and health plans.”

Surgical Care Affiliates spokeswoman Alison Donnelly said that the company’s headquarters will remain in Deerfield and that no job cuts or relocations are planned. Private equity firm TPG Capital, which owns a 30 percent stake in the chain, said it would be selling its stake as part of the deal. The company was backed by TPG Capital for eight years. The deal is expected to close in the first half of 2017. Regulatory approvals for the transaction are still needed.

UnitedHealth is one of the largest and most diversified health insurance companies in the United States. The group had annual revenues last year of about $180 billion. UnitedHealth’s core insurance business helped increase profit 23 percent during its third quarter.