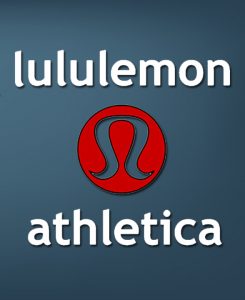 Lululemon (NASDAQ:LULU) reported mixed earnings for the fourth quarter. Net income increased to $136 million, or 99 cents per share, from $117 million, or 85 cents per share, in the same quarter a year earlier. CEO Laurent Potdevin said, “2016 marks a milestone year where our successful execution against long-term strategies returned the company to positive operating income growth for the first time in three years.” On an adjusted basis, earnings were $1 per share, missing analyst estimates of $1.01 per share.

The company reported that fourth quarter revenue rose 12 percent to $789.9 million, higher than analyst estimates of $783.6 million. The revenue increase was due to a 6 percent rise in sales at existing stores and a 12 percent increase in direct-to-consumer sales. Fourth-quarter sales online and at stores open at least a year rose 7 percent, on a constant dollar basis, topping the 5.3 percent increase expected by analysts. However, the company reported fewer visitors in stores and less people completing the check-out process online.

Lululemon warned that sales growth would slow this year. The company forecast revenue and profits that were significantly lower than what Wall Street analysts expected. For the current quarter, the retailer expects earnings of 25 to 27 cents per share on revenue of $510 million to $515 million. Analysts have estimated earnings of 39 cents on revenue of $552 million.

Lululemon is responsible for turning pricey women’s yoga wear into mainstream fashion. The Vancouver-based retailer’s international success has made it an investor darling, but its appeal has been dulled in recent years by stiff competition and a string of quality and supply chain problems. Potdevin said on a call with analysts and investors, “Our teams have been course-correcting issues, with early indications reflecting positive impact on performance.”

Those measures have included expanding its product selection and men’s and children’s lines. Lululemon’s men’s line is on track to become a $1 billion-plus business by 2020. Potdevin also said its Chinese expansion would be a key focus this year.