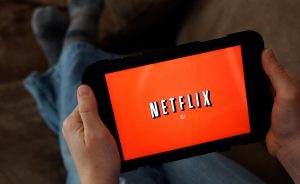 Netflix (NASDAQ:NFLX) missed its subscriber growth targets for the first quarter. Netflix added nearly 5 million new subscribers in the quarter, 3.5 million of whom were overseas. The streaming service had expected to add a net 5.2 million users, with 3.7 million of those being international. The subscriber additions also did not meet Wall Street’s expectations of 5.5 million net subscriber, with 3.9 million of those coming from overseas.

Netflix blamed the shortfall on slight delays in the release dates for some of its most popular shows, particularly moving “House of Cards” from the first quarter to the second quarter. In the second quarter, the company predicts 3.2 million new subscribers, with 2.6 million coming from overseas. Wall Street is predicting 2.4 million new subscribers next quarter. Netflix expects to have roughly 100 million subscribers by next weekend and 128 million by year’s end.

Netflix reported revenue of $2.64 billion for the first quarter, roughly in line with the consensus analyst estimate gathered by Thomson Reuters. The company made $2.52 billion in streaming revenue. The company had earnings per share of 40 cents for the period, 3 cents higher than estimates.

Original content continues to be the most important part of the Netflix business model. Netflix CEO Reed Hastings says that Netflix wants to “offer a variety of new movies that will attract and delight members at better economics relative to licensing movies under traditional windowing.” The company has announced exclusive deals with a number of stars who have international appeal.

However, Hastings says Netflix is still uninterested in streaming live sports. Netflix said, “That is not a strategy that we think is smart for us since we believe we can earn more viewing and satisfaction from spending that money on movies and TV shows.”

The company has increased its commitment to original content this year ($6 billion versus $5 billion in 2016) and plans to step up its investment in stand-up specials. The recently released Dave Chappelle: Collection 1 was Netflix’s most-viewed comedy special ever. The company is also planning a significant marketing push to keep growing, saying it will spend more than $1 billion this year to “drive member acquisition.”

The company is also increasing its efforts at international expansion. International net additions decreased 22 percent from the same quarter of 2016, due to last January’s expansion into 130 countries. However, international revenue grew 62 percent year over year.

Spotify Technology Price Target Increased to $145.00 by Analysts at Barclays