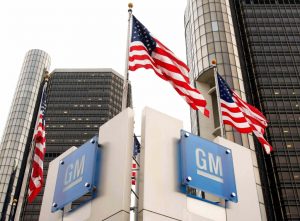 General Motors’ (NYSE:GM) request to the U.S. Supreme Court to keep hundreds of lawsuits related to its faulty ignition switches from proceeding has been denied. The company could now be exposed to billions of dollars in additional claims.

The Supreme Court turned away an appeal from the company regarding a lower court ruling that said the automaker’s 2009 bankruptcy did not shield it from liability in cases involving death and injuries or economic loss because of devaluation of the cars. The court did not comment on its reasoning for rejecting to hear the case.

A number of injury, wrongful death and economic loss lawsuits have been filed against GM over the faulty ignition switches. The ignition switch defect allowed the key to independently move to the “off” position and disable the air bags. The defect was ultimately tied to 124 deaths and hundreds of injuries in small cars made by the old GM, such as the Chevrolet Cobalt and Saturn Ion. In 2014, GM recalled nearly 2.59 million older vehicles due to the issue.

GM had argued in lower court rulings that its Chapter 11 bankruptcy in 2011 resulted in the creation of a new company and legal claims predating its bankruptcy could not be filed. Despite the fact that the vehicles were built before GM emerged as a new company, the new GM only agreed to be liable for claims related to accidents occurring after that event.

Last year, a federal appeals court ruled that GM was responsible for ignition-switch injuries and deaths occurring before it declared bankruptcy because the company knew about the issue for more than a decade. The decision found that the company tried to keep that fact from the bankruptcy court.

To date, GM has paid about $2.5 billion in legal costs and settlements related to the ignition switch defect. That amount has included paying a $900 million fine to the Justice Department and roughly $600 million through a compensation program for victims and their families. It also paid fines to the National Highway Traffic Safety Administration.

GM does not know how many valid personal injury and death cases it may face. In some of the cases, GM refused to offer deals because the victim was injured prior to the reorganization. Some other victims refused to accept settlements and instead took their chances in court. The court’s decision also gives life to class-action lawsuits by consumers who claim their vehicle values dropped because of the scandal.

Bob Hilliard, lead counsel representing many of the victims and families, said in a statement, “Each case will soon be sent back to its local venue and each one will be tried to a verdict.” Plaintiffs’ lawyers have estimated damages could be as high as $10 billion.