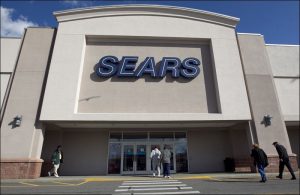 Sears (NASDAQ:SHLD) has filed a lawsuit against top tool vendor One World Technologies for allegedly refusing to honor its contract with the retailer. One World Technologies is a subsidiary of China-based Techtronic Industries. The company manufactures power tools and other products under the Craftsman brand. The lawsuit claims that the tool vendor threatened to cancel its contract unless Sears agreed to cut back its orders because of concerns about the retailer’s financial stability.

Sears says it has always paid its suppliers on time. Sears CEO Eddie Lampert said in a blog post, “Sears has paid and continues to make all payments to One World as they come due, and we are fully capable of continuing to meet our obligations under the supply agreement.” Sears and One World have had a business relationship for nine years. Lampert said Sears had paid the company more than $868 million since 2007.

Lampert said in the post that One World was trying to “embarrass” Sears and claims it is trying to take advantage of negative rumors and media reports about Sears’ viability to change the terms of its supplier agreement. Lampert said the real reason One World is trying to get out of its Craftsman contract is to free up capacity to make more tools for other brands. Lampert wrote, “We have lived up to our word under our contract, and we will take the appropriate legal action to protect our rights and ensure that One World honors their contract.”

Lampert has blasted the media for what he says are “deliberately unfair” reports that the company is collapsing. Lampert said, “There are a lot of articles that are speculating, and there are elements of truth, but they’re certainly designed to scare people.” Sears’ stock fell 12 percent after the blog post was published. In the last year, Sears’ shares have fallen more than 14 percent.

There has been widespread speculation on Wall Street that the company is nearing bankruptcy. Sears’ sales have been reduced by half since 2007 and it recently booked annual losses for the sixth-straight year. In December, Sears reported its 20th consecutive quarterly sales and revenue miss. In its annual report filed with the Securities and Exchange Commission in March, Sears added new language that said its “historical operating results indicate substantial doubt exists related to the company’s ability to continue as a going concern.”

The company has been dealing with its financial woes by closing hundreds of stores and selling off assets, including real estate and popular brands. The company is selling its Craftsman tools line to Black and Decker for $900 million and has started outsourcing its Kenmore home appliance brand The company has also been funding operations by borrowing money from Lampert’s hedge fund, ESL Investments.

Amgen Price Target Cut to $294.00 by Analysts at Oppenheimer