Nike Confirms It Will Open an Amazon Shop 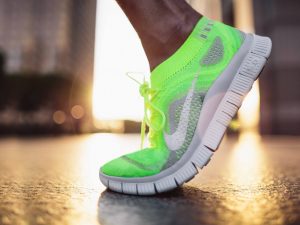 Last week Goldman Sachs hinted that a deal between Nike and Amazon was being put together. This week Nike CEO Mark Parker confirmed that the two companies are currently testing a partnership arrangement.

Parker spoke about the deal while talking on a conference call to investors Thursday. Parker said that the two companies were in the early stages of the partnership but Nike was looking forward to evaluating results from the pilot program.

However, with this new direct partnership with Amazon, Nike can elevate how the brand will be presented, by having more control over the way products are marketed across the site, said Parker.

Parker added that a limited assortment of products from Nike will be included to start.

He said that Nike is planning to make a number of big shifts during the upcoming year to its business, indicating that the new partnership between Nike and Amazon was part of the sports apparel maker’s effort of revamping sales tactics as retail sales at brick and mortar locations continue to decline.

This partnership might mean bad news for retail stores specializing in sporting goods such as Hibbett Sports and Dick’s Sports Goods. The reported from Goldman Sachs last week predicted that a deal between Amazon and Nike could offset the gains in market share the companies expected to have after their rival Sports Authority shuttered its business in 2016.

The past few months have been quite rough for Nike. A spokesperson for the company announced on June 15 that the sports apparel and footwear maker was going to lay off over 1,000 employees and that revenue as well as the company’s stock price have also suffered.

On Thursday, the news however was better for investors with an earnings report that was favorable that showed the revenue for the company was 5% higher during the last quarter, ending the three-month period at $8.7 billion.

Nike’s shares were up over 4% during trading after hours on Thursday evening.

One of Nike’s biggest rivals Adidas appears to have also entered into a partnership online with Amazon.com and appears as if it has a very unique landing page for its site.

When asked to comment on its relationship with the e-commerce giant, the sports footwear and apparel maker based in Germany would not respond.