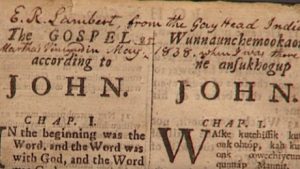 Hobby Lobby the retailer specializing in arts and crafts agreed on Wednesday to pay a fine of $3 million for the illegal importing of thousands of clay artifacts that were smuggled out of Iraq and into the U.S., said federal prosecutors.

Along with the large fine, Hobby Lobby must forfeit large sums of cuneiform tablets, cylinder seals and clay bullae that were labeled falsely and shipped to the U.S. based company via Israel and the United Arab Emirates, showed the civil complaint and the settlement agreement.

Hobby Lobby, based in Oklahoma, bought over 5,500 artifacts at a cost of $1.6 million during December of 2010 from a dealer who has been unidentified in an acquisition that prosecutors described as being fraught with big red flags.

Court documents said that Hobby Lobby received conflicting information over where the product has been stored and never communicated with or met the dealer who sold them the goods.

When the time arrived to pay for the artifacts, the company sent the money via a wire to seven different bank accounts.

Hobby Lobby is owned by evangelical Christians and began collecting a number of Bibles as well as other artifacts many years ago. Its goal was to preserve them for the generations that follow.

In a prepared statement, Hobby Lobby said that it did not completely appreciate how complex the acquisition process was and it relied on the dealers who did not understand how to ship the artifacts properly.

The owners of Hobby Lobby portray the business as Christian and support Christian causes. Its president Steve Green is a driving force behind a facility of 430,000 square feet known as the Museum of the Bible in Washington, D.C. The facility will open this fall and is reported to have thousands of biblical texts and artifacts.

During 2014, Hobby Lobby was a symbol for religious freedom when it prevailed in a Supreme Court landmark case that found corporations that were family owned do not need to pay for contraception coverage in the Affordable Care Act if it was a violation of their religious beliefs.

Hobby Lobby, showed court documents, started collecting a number of manuscripts and other different antiquities that are historically significant in 2009.

In July of 2010, Green traveled to the UAE with a consultant where the two inspected a large number of cuneiform tablets and other types of artifacts.

An ancient writing system, Cuneiform involved the carving of inscriptions into stone or clay. Clay bullae are clay balls with seals that have been imprinted on their surface.