Coffee Recalled Due to Viagra-Like Substance Not Declared 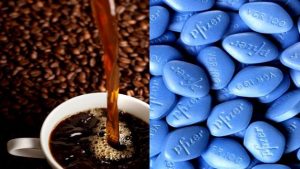 A coffee company based in Texas has voluntarily recalled its coffee that contains an ingredient that is similar to what is found in Viagra the erectile dysfunction medication, said the United States Food and Drug Administration.

After a laboratory at the FDA confirmed there was a presence in the coffee grounds of desmethyl carbodenafil, coffee maker Bestherbs Coffee LLC issued a recall for all its New Kopi Jantan Tradisional Natural Herbs Coffee.

Desmethyl carbodenafil has similar properties to sildenafil, which is the active ingredient found in Viagra, a prescription drug that has been FDA approved to help with erectile dysfunction.

The ingredient that was not declared might interact with the nitrates found in certain prescription drugs, like nitroglycerin, and might lower the blood pressure to levels declared as dangerous.

Men who have high blood pressure, diabetes, heart disease or high cholesterol often are taking medications that have nitrates.

The coffee also has milk that is undeclared, said the announcement related to the recall. People who are allergic or have a severe sensitivity to milk could be at risk of serious or even life threatening allergic reactions if they were to consume the coffee.

No illnesses have been reported related to drinking the coffee. People who have experienced problems that could be related to that product have been advised to get in touch with their healthcare provider of physician.

The coffee, which is instant, was promoted as enhancement product for men and solid nationwide online from July of 2014 through June of 2016.

The company has been contacting its customers by telephone, said the FDA. At the same time, customers have been told return products to Prairie, Texas where the company’s headquarters are located.

In 2016, officials at the FDA advised the public in general not to purchase a product that was similar known as Stiff Bill Herbal Coffee. That coffee also contained desmethyl carbodenafil that was undeclared.

In May, a coffee from Caverlo Natural Herbal Coffee contained undeclared ingredients that were similar to ones found in erectile dysfunction.

The company was sent messages through email and left on voicemail for any comments they might want to add to the FDA pressure to make a voluntary recall of their coffee but none of the messages were answered.