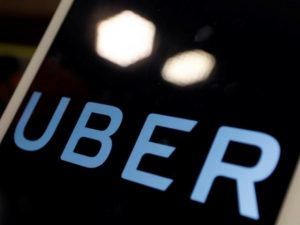 The request by the city council of Madrid follows the return of the ride-hailing giant to Spain’s capital last year after the competition regulator ordered the government to lift its ban on the company that is based in the United States.

The company just recently launched its Uber Airport service that offers a rate of between €15 and €29 for rides between the international airport and the center of Madrid. The standard fare for a taxi for the same trip is a fixed rate of €30.

Madrid’s City Council through a prepared statement said that the new Uber service at the airport could be in violation of a number of articles under the Law of Unfair Competition and of consumer rights, if it can be proven the service is operating at prices that are below the operational costs and with the only intention of increasing the number of customers through use of unfair competition.

Uber, which six years ago entered Europe for the first time, has been under heavy attack from the established tax businesses and some countries in the European Union due to it no being bound by any of the local, strict licensing and safety regulations that apply to most of its competitors.

Taxi drivers in Spain have gone on strike three times during 2017 arguing that the different ride-hailing startups, which fall under the regulation in Spain of VTC licenses typically used for chauffeur-driven, private vehicles, represent unfair competition due to them no meeting current regulations as well as paying less tax.

According to the different taxi unions, Spain has one VTC license for every 11 normal taxis, well over the 1 to 30 ratio that was established in 2015 under Spanish law.

In Madrid, Spain’s only city where Uber currently is operating, there are over 2,000 taxis that are VTC-licensed and approximately 15,000 vehicles licensed as traditional taxis.

Two months ago, the ECJ or European Court of Justice dealt a big blow to the ride-hailing company after it ruled that Uber should be looked at as being a transport business and not just an app.

Uber has run into problems in several different countries and cities in Europe as it expands across the region and is received often times negatively by taxi drivers and unions.