Boeing Expecting 2,100 Aircraft to be Ordered by India 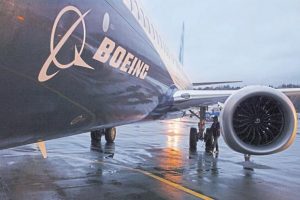 Boeing Co announced Monday that it is expecting airlines in India to order as many as 2,100 new planes with a value of more than $290 billion during the next two decades, calling it the largest forecast ever for the third largest economy in Asia.

India is one of the fastest growing markets for aviation in the entire world, with traffic of domestic passengers growing at a rate of more than 20% during the last couple of years.

The growing number of air passengers in combination with the low prices of fuel, strong exchange rate, and higher load factor are important pluses for the aviation market in India, especially for low-cost air carriers, said on Boeing executive.

The biggest maker of jets in the world said it was expecting passenger growth in Southern Asia to be 8%, dominated by the market in India, over the upcoming two decades, in comparison to the average for the world of 4.7%.

The projection could be increased by Boeing in 2018 but that depends upon how the regional connectivity plan for India works out, said the Boeing executive.

In 2016, India revamped its rules that governed its aviation industry, through the liberalization of norms for its domestic carriers to make international flights and spreading out the air travel boom in the country to smaller cities through capping the air fares and by opening new airports.

Boeing added that it expected single-aisle aircraft, like the 737 and 737 Max next generation models, to represent the majority of the new orders, with India projected to purchase 1,780 of that type of aircraft.

Boeing is the dominating player in the wide-body airplane market across India, while Airbus its European based rival sells most of the smaller planes that low-cost airlines like IndiGo and InterGlobe Aviation prefer.

Discount carriers dominate the skies over India and represent over 60% of all flight in the south Asia country.

Boeing is planning to plug the gap in its aircraft portfolio using the 737 MAX 10 a single-aisle airliner that was launched at a Paris airshow during June, following the hugely successful sales for the A321neo of Airbus.

Boeing is expecting the demand worldwide for over 41,000 aircraft during the upcoming 20 years, which puts the share for just India at over 5%.

With low prices of oil continuing the airline industry continues to be competitive and has had to update its fleets to stay up with new airlines around the world.