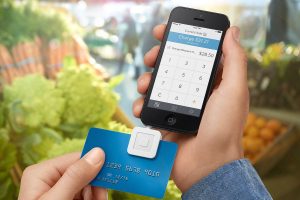 Square Inc. the payments company posted a jump of revenue of 26% that was better than had been expected on Wednesday, as bigger businesses used the company’s technology to process their transactions while at the same time it expanded its range of financial products offered.

The company, which is based in San Francisco, and led by CEO Jack Dorsey, also the CEO at Twitter, posted 4 cents a share loss with revenue of $551.52 million.

Analysts had been expecting a 5 cents a share loss and revenue that was $536.28 million.

This has grown rapidly in popularity as it enables smaller businesses to process transactions using credit cards without using a cash register or other expensive processing systems.

Square, which in 2015 went public, has sought to diversify revenue streams by attracting merchants that are larger and by offering services that are more diverse to clients that range from payment cards to loans.

Gross payment volume, which is the total dollar amount for all payments process on cards by sellers, was up 33% at Square, to end the quarter at $16.5 billion.

Payments from the largest merchants at Square, those that process over $500,000 worth of transactions yearly, grew by 61% year over year, representing 19% of the overall amount processed, which is up 14% compared to the same time last year.

Square has launched products that are better suited for bigger sellers, expanding sales as well as support teams, and increased awareness amongst larger businesses, said CFO Sarah Friar during an analyst conference call.

The company’s business Square Capital, which offers customer loans in exchange for a percentage, which is fixed, of their daily sales through cards, originated over $318 million in loans during the second quarter, which was up over 68% from the same three-month period one year ago.

The company is able to use data on payments that it processes for merchants to determine credit-worthiness.

Square said it secured new investors that will fund the loans, including Canada Pension Plan Investment Boards an investment manager and the largest pension fund manager in Canada.

In June it also launched a pilot program for a new service that enables its merchants to allow their customers to buy products as well as services through installments.

Square also raised its revenue forecast for the full-year at the low end from $2.12 billion to $2.14 billion, while leaving the top end the same.