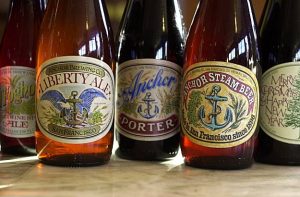 San Francisco based Anchor Brewing, a staple in the city by the bay since 1896, surviving prohibition, earthquakes and the ups and down of the tech industry, was sold on Thursday to Sapporo Holdings Ltd, a Japan-based company.

The final terms of this deal have yet to be disclosed, but a Sapporo spokesperson said the price had been close to $85 million.

This deal is just the latest brewery in California taken over by a larger beer maker. This comes amidst the rising competition amongst craft breweries, which has become a sector within the beer industry that Anchor, by some was credited with helping to inspire.

Co-owner of Anchor Keith Greggor said the brewery has been evaluating its future for a while and recognized the challenges within the craft beer industry and the amount of breweries now in the market and felt it was time to have a stronger partner that would help to achieve long term goals.

Anchor will keep all its employees per the agreement with Sapporo and its beers are to be brewed in Potrero Hill its San Francisco headquarters.

Greggor needed 18 months to find the buyer for his brewery that met the criteria he was looking for: respect for the relationship Anchor has to San Francisco and its overall history.

He said that Sapporo, which was founded during 1876, maintains a commitment to traditions and will not make changes to the recipes or the methods used by Anchor.

President of Sapporo Masaki Oga said through a prepared statement that both breweries share the same brewing philosophy supported by long histories.

Japan-based Sapporo is the most recent big brewery to purchase a craft brewery in California. Earlier in 2017, Heineken acquired Lagunitas Brewing Co. in Petaluma. Back in 2015, Constellation Brands, the company behind Modelo and Corona, acquired Ballast Point Brewing in San Diego for the price of $1 billion.

Unlike Ballast Point and Lagunitas, which did not open their doors until the 1990s then became prominent with hoppy ales, Anchor was founded over a century ago and is most famous for its steam-style Gold Rush era beer – Anchor Steam.

Long before the younger breweries gained success, breweries such as Sierra Nevada Brewing and Anchor helped to prove that small brewers making ales that are flavorful can compete within the market that has been dominated for a number of decades by light lagers that are mass produced.