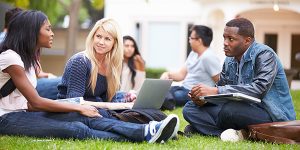 Cheating Scandals – Recently, three of the top schools in the UK have come under fire for perpetuating cheating, with claims that certain pupils and classes at these schools were given prior knowledge of upcoming exams.

At one of the schools – Winchester College – the head of the art history department was suspended pending an inquiry into allegations that he gave the boys under his tutelage prior knowledge and information concerning several questions on several exams. Other exams have been disregarded for another thirteen pupils of that same school, under suspicion that they were allowed previous knowledge of the material; their marks are instead being estimated by using the work they had previously done in the appropriate classes.

The headmaster of Winchester went on record as saying that they intended to take the allegations as seriously as such things had to be, and is intent on working with the exam board to straighten everything out. What happened is a regrettable thing, but it should be remembered that there was no individual student who was to blame. The college suspended a teacher who was involved, and that teacher went on to retire from teaching.

The cheating scandal first came to light on the beginnings of an investigation which was held by the Cambridge International Exams board – as well as Winchester and Eton Colleges, Charterhouse School is also under investigation – and is intended to go on for some time. All three of the Schools under investigation (Charterhouse in particular charges tuition fees of thirty six thousand pounds a year) are facing charges of having allowed pupils and teachers to gain access to prior knowledge of what would be contained in the exams they were about to sit. This scandal is reportedly being seen as particularly egregious since a number of teachers who are at the schools are also examiners with the CIE.

The CIE made a statement to say that when it came to exams the board takes things extremely seriously. All exams are carefully planned to be fair to everyone who sits them, so having this type of scandal can have an effect on everybody. While the exam board obviously needed to take appropriate steps to minimise the damage caused by this scandal, they do feel for the students who have had no choice in the matter.

The cheating scandal was brought to light after it was found that students were discussing the upcoming exams and their contents in various online sites, leading to officials becoming involved. While the CIE has made it clear that they do not attach blame to any of the pupils or the members of staff outside the ones who were immediately implicated, they have also made it clear that the case must be pursued, saying: Because people need to have faith in the exam system, which is impossible with rumours of scandal which have not been addressed. To that end, the CIE is working with the affected schools to get to the bottom of any scandals which have arisen – including the most recent ones.

Using an outside source to write essays and coursework is not a new phenomenon, but it is one which has become much more popular in recent years. Custom essay writing has grown in part because of the advent of the internet, which has allowed these services to gain a huge pool of new customers through advertising as well as the changes which the internet has brought to the educational world (i.e. more work in less time). These writing services do provide entirely original works written by someone’s hand, but many educational institutions still call it cheating, as the work wasn’t done by the students who were issued it; they are in effect gaining credentials and educational merits that they do not deserve, because the work is being done by someone else. Various colleges in the UK have had to deal with the repercussions of the new ease with which people can now access these services.

The cheating which people now have to handle is something which, due to the nature of the writing services which people use, is difficult to prove. Not only are the essays themselves handwritten (something which can confound many of the more traditional methods of discovering cheating, such as plagiarism checkers and the like), but the sites themselves practice strict confidentiality, both to protect their customers’ financial information, and also possibly to avert this possibility. Another factor in making it difficult to keep tabs on whether people are cheating or not is that, depending on how clever the students have been in selecting their site, the writers will themselves be highly educated in the subject which is needed, and will also have English as their first language, as this makes for a smoother-flowing essay. Having people who know about the subject at hand means that the essay should be correct; however, part of the educational process is learning how to do these things, so using an essay service is still considered by educational institutions as cheating.

Metrix Coin Price Up 8% This Week