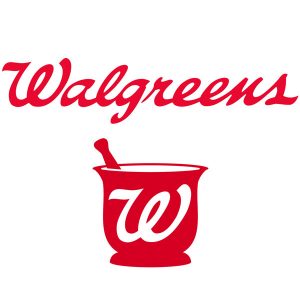 Walgreens Boots Alliance Inc. (NASDAQ:WBA) reported mixed results for its latest quarter. While adjusted earnings topped estimates, revenue fell shy of expectations. The company reported net earnings of $1.03 billion, or $0.95 a share, on revenue of $28.6 billion for the quarter. On an adjusted basis, its EPS would have been $1.07. Wall Street analysts expected EPS of $0.99 on revenue of $29.06 billion. In the year-ago quarter, Walgreens delivered adjusted net earnings of $969 million, or $0.88 a share, on revenue of $28.52 billion.

Walgreens revealed plans to buy Rite Aid for $9.4 billion nearly a year ago. Walgreens now expects its Rite Aid acquisition to close on Jan. 27, three months later than planned. The proposal is still being reviewed by federal regulators. The company said Thursday that it remains “actively engaged” with the Federal Trade Commission during its review of the buyout.

Walgreens has become a global pharmaceutical buying power with more than 13,000 stores around the world. Walgreens wants the nation’s third-largest drugstore chain to increase its footprint in the U.S. and improve future negotiations with drugmakers and other suppliers for lower drug costs. The deal could create a chain with more than 12,000 U.S. locations, several thousand more than CVS Health Corp., its closest competitor.

Walgreens is currently the largest drugstore operator in the United States by store count. The company is reportedly planning to divest 500-1,000 stores by the end of 2016 to win approval for the acquisition. Supermarket chain Kroger Co. is reportedly questioning whether to proceed with buying divested stores from Walgreens. Kroger had wanted to close the locations and reopen them in its grocery stores. However, sources have said that the FTC wants to preserve the stand-alone drugstores.

Walgreens included Rite Aid’s profit in its full-year forecast, suggesting high expectations that the deal will win regulatory approval. For the fiscal year ending August 2017, Walgreens forecast adjusted profit of $4.85-$5.20 per share, which included 5-12 cents per share from Rite Aid. Walgreens’ forecast range is in line with the average analyst estimate of $5.02, according to Thomson Reuters I/B/E/S. Walgreens’ shares were up 3.7 percent at $80.04 on Thursday morning. Rite Aid’s shares were up 4.5 percent at $6.96.

Pawtocol Price Down 6.5% Over Last 7 Days