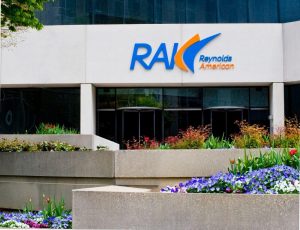 British American Tobacco PLC (LON:BATS) wants to own all of Reynolds American Inc. (NYSE:RAI). BAT offered to pay $47 billion for the roughly 58 percent of Reynolds that it doesn’t already own. The company would pay cash and BAT stock worth $56.50 a share for the rest of the company. The offer is a roughly 20 percent premium to Reynolds’s closing share price Thursday.

Reynolds said Friday that its board will now evaluate the offer and respond. Reynolds’s board is expected to appoint a seven-person committee to consider the deal, according to a person familiar with the matter. BAT said there were no previous discussions with Reynolds’s management about the offer

BAT already owns 42.2 percent of Reynolds. The U.K. company has been a shareholder in Reynolds since it was created in 2004. That stake accounts for a large chunk of BAT’s profits. BAT is the world’s No. 2 publicly traded tobacco company by volume, behind Philip Morris International Inc., while Reynold’s is the world’s No. 6 by volume.

The announcement’s timing took some by surprise. BAT Chief Executive Nicandro Durante said BAT’s board had determined that “current unique industry and market conditions” made now a good time for the acquisition. BAT and Reynolds don’t have overlapping footprints, so the antitrust hurdles typical of such large deals are unlikely to be raised.

The deal would cement the two cigarette giants’ into the world’s largest listed tobacco company by revenue and market value. Its footprint would range across developed markets such as the U.S. and Western Europe, as well as emerging markets such as Russia, Turkey, Pakistan and Brazil. BAT owns cigarette brands including Dunhill, Lucky Strike and Pall Mall. Reynolds owns Camel, Newport, and Natural American Spirit, which are attractive to younger smokers.

The combined company would also be the world’s largest in next-generation products, like e-cigarettes and other vaping products. BAT makes vaping, medicinal licensed products and tobacco-heating products with its Vype e-cigarettes, Voke nicotine inhaler and iFuse. Reynolds also has an e-cigarette product, called Vuse. A merger would allow the companies to pool their research and development in tobacco alternatives. Last year, the two companies announced a technology-sharing agreement for their vapor products.