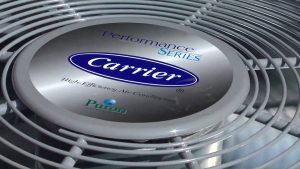 The company reportedly reached the deal with President-elect Donald Trump and Vice President-elect Mike Pence after making plans to move 2,000 jobs to Mexico. The board of the state’s economic development agency must still approve the deal. As the current governor of Indiana, Pence is chairman of the board and appoints its members.

The plant’s 1,400 employees were told in February that their jobs would be eliminated as the work was being shipped to Monterrey, Mexico. Carrier has said it would save $65 million a year in labor and other costs by shifting production to Mexico. Under the deal, about 400 workers at Carrier will still lose their jobs, along with 700 employees at a related company in Huntington.

The deal is being hailed as a major early victory for the incoming presidential administration. It is also the type of deal Trump criticized during the presidential campaign. At a Pennsylvania campaign rally in August, Trump said, “It doesn’t work, folks. That’s not what they need. They have money. They want to go out, they want to move to another country, and because our politicians are so dumb, they want to sell their product to us and not have any retribution, not have any consequence.”

On the campaign trail, Trump called for tariffs as high as 35 percent on products made by companies that move their factories outside the United States, frequently aiming those comments at Carrier in particular. Critics say that the company is being rewarded while still planning to cut jobs in the state. They say it sets a troubling precedent, as other companies may now pursue the same path to obtain incentives they wouldn’t have gotten otherwise.

The details of the deal came from Carrier and officials at the Indiana Economic Development Corp. The company said the incentives were important to keep some jobs in Indianapolis, but so were Trump’s promises to work with the business community to improve the business environment. Trump now says lower taxes and less regulations are on the way to help companies continue to employ U.S. workers.