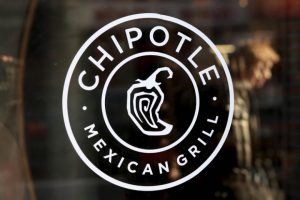 Even Chipotle Mexican Grill (NYSE:CMG) thinks a lot of its restaurants leave a lot to be desired. Chipotle co-founder and CEO Steve Ells admits that he doesn’t think his restaurants are run well enough to bring customers back. He gives only half of Chipotle’s restaurants an A or a B grade, with most of the rest getting a C.

Ells said, “We are not offering the necessary guest experience.” He described dirty dining rooms, messy soda filling stations and slow lines due to staff shortages. Ells said that the company is changing its leadership structure in the Northeast, where most of the weak stores are concentrated.

Last year’s E.Coli safety crisis sent the burrito chain’s sales plummeting for four straight quarters. The company battled to respond to outbreaks of salmonella, E. coli and norovirus as customers fled in droves. In July, the company began gaining more customers than it was losing, but slow customer service threatens to turn people off.

Many of the safeguards Chipotle has put into place to avoid a repeat of the food crisis have hurt productivity. Employees have been so busy with the food-safety changes that they haven’t had time to keep up with cleaning. Chipotle added 80 operating procedures, overwhelming workers and causing higher employee turnover. Chipotle usually implements about eight operational changes at restaurants each year. Restaurant worker turnover was about 130 percent, co-CEO Monty Moran said in July.

The company reported third-quarter comparable sales that plunged 21.9 percent, worse than the 18.7 percent decrease projected by analysts. Meanwhile, the deep discounts offered by the company to get customers back slammed its profit. Profit fell 95 percent when compared with the same quarter of last year. The company says soon it will it will need to raise prices to cover minimum wage increases and higher food costs, but now is not the time.

Ells also said he isn’t satisfied with the pace of Chipotle’s sales recovery and admitted he was nervous about the company’s ambitious 2017 sales and profit forecast. During a Barclays Plc investment conference in New York, executives also said they were “nervous” about meeting guidance for next year. In October, Chipotle forecast 2017 earnings of $10 a share.

Chipotle will soon announce a new slate of members to its board. The company’s board has long been under fire for the level of executive compensation and for the long tenure of a handful of members who have served for more than 15 years. Ells said the company is considering long director tenures and candidates with expertise in areas such as marketing, crisis management and corporate governance.